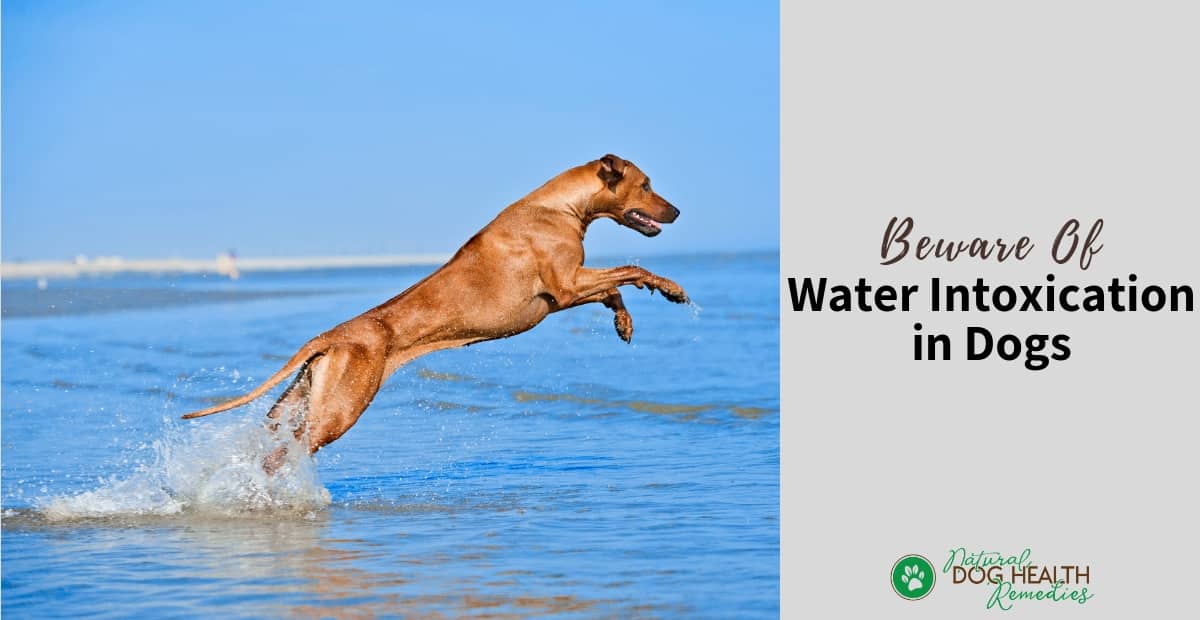 We all know that dehydration can be fatal to our dogs, but did you know that too much water intake is equally dangerous?

If a dog swallows too much water (e.g. while swimming or playing with a water hose for hours), he may develop a condition called "water intoxication", which could get the dog very sick and even die from it!

So does that mean we shouldn't allow our dogs to play in the water?

This condition does not happen as frequently as dehydration (but it doesn't mean it won't happen!) As responsible dog parents, we should be aware of the potential danger and know the symptoms.

Also, we should learn different ways to prevent this from happening in the first place! So if you don't want to swear your dog off swimming and playing in water, please read on...

What is Water Intoxication in Dogs?

When a dog swallows too much water resulting in excessive water in the body fluids, sodium levels outside the body cells become significantly depleted (a condition known as "hyponatremia").

In order to rebalance itself, the body increases fluid intake inside the cells. As a result, the cells are "swollen" with fluid, making them bigger in size.

As you know, the brain is encased inside the hard skull, if the brain cells are swollen with fluid, there is no room for the brain to expand, this causes an increase in the intracranial pressure and a lot of damage to the brain.

This results in "water intoxication" and, depending on how serious it is, the condition can cause brain damage or even death to a dog.

Signs and Symptoms of Water Intoxication in Dogs

If your dog has been diving, retrieving, and playing in the water for a while (around 20-30 minutes), there is a possibility that he may already have ingested too much water.

Watch out for these signs and symptoms:

In more serious cases, the dog may have problem breathing, develop seizures, and lose consciousness.

All dogs may be affected by water intoxication; however, some dogs are more prone to this problem. They include:

Treatment of Water Intoxication in Dogs 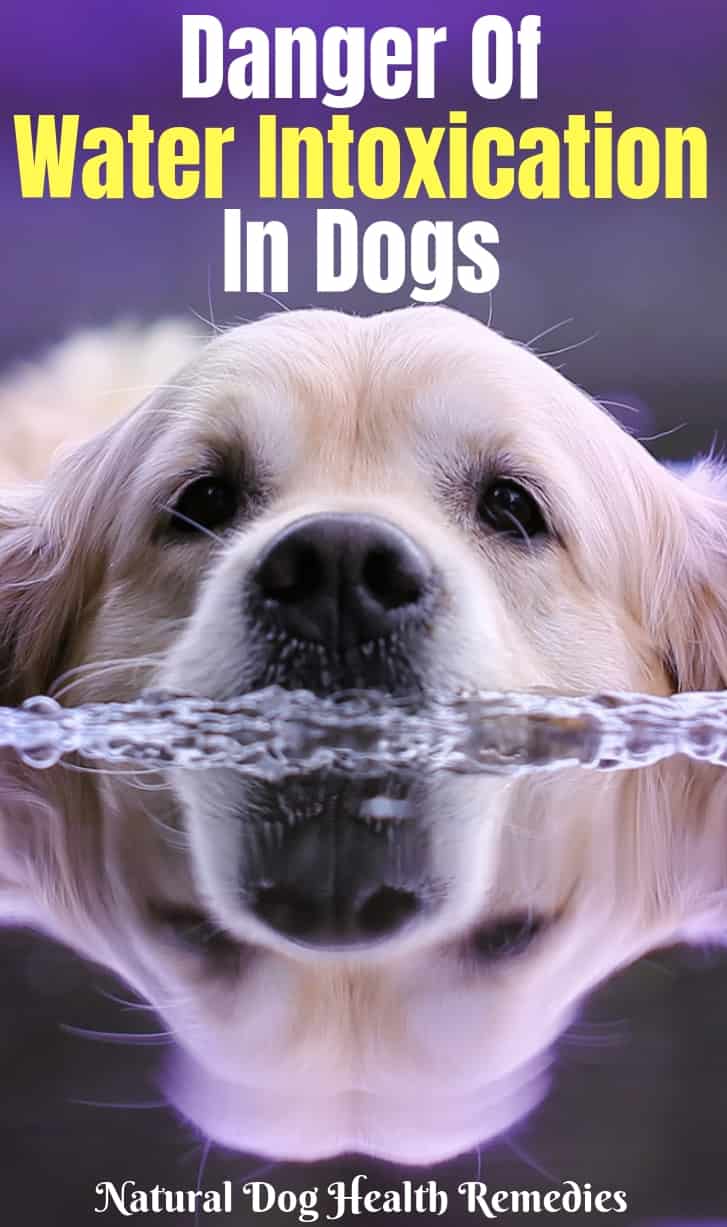 Dogs with mild cases of water intoxication may stagger a bit when coming out of the water, and they can usually get over the problem by urinating.

However, dogs showing more symptoms should be taken to the vet immediately since brain damage can occur very fast.

Note that some vets may not be abe to diagnose this problem properly!

Yes, you read me correctly - since water intoxication does not happen so frequently in dogs, some vets, based on the symptoms, may misdiagnose the problem as something like head trauma, or hypothermia, or plain old over-exertion.

Therefore, if your dog has been in the water for a while and, after getting out of the water, starts showing some of the signs and symptoms mentioned above, rush your dog to the vet and suggest that it may be water intoxication.

Prevention of Water Intoxication in Dogs

Since water intoxication can kill (and even if it doesn't, it can cause brain damage), preventing your dog from ingesting too much water is important.

Here are some suggestions:

How About Salt Water Intoxication?

If you take your dog to the sea, it is of course equally important to prevent your dog from drinking the sea water.

Drinking too much salt water will result in a condition known as "hypernatremia" (salt poisoning).

The symptoms include vomiting, diarrhea, which can then gradually progress into neurological symptoms (e.g. poor coordination, seizures).

As always, if your dog is playing in the sea, monitor your dog closely. Take frequent breaks. Also be sure to offer fresh drinking water to your dog.