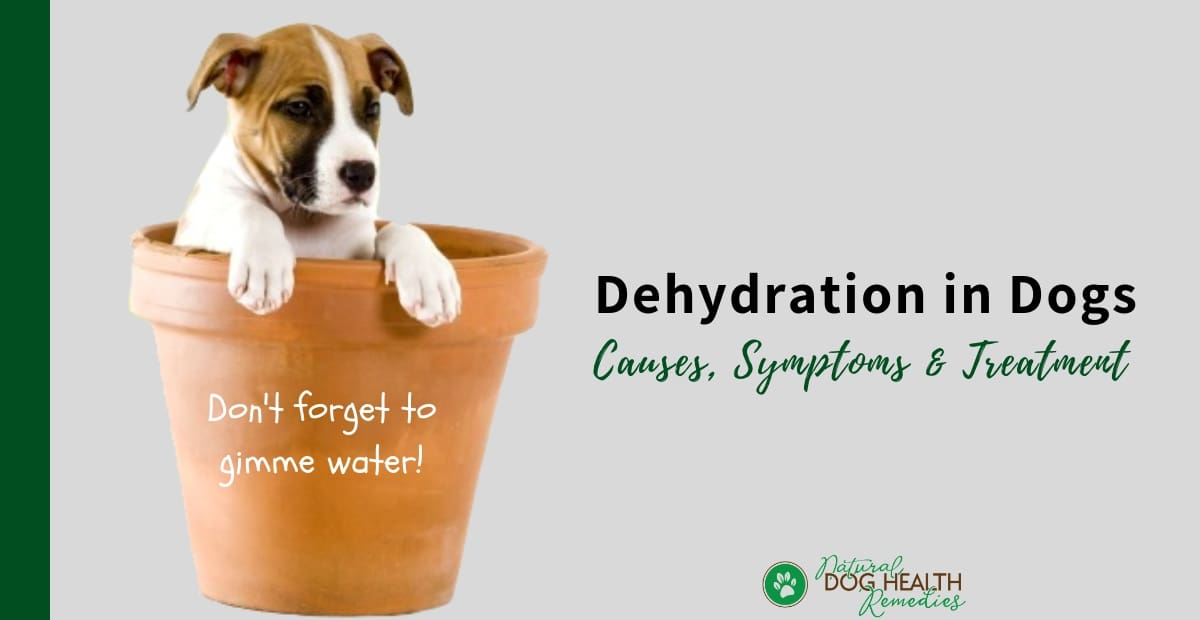 Dehydration is a condition that occurs when the water in the dog's body is less than normal.

More than 90 percent of a dog's weight is made up of water. Only a 10-percent loss of body fluid can cause the dog to be extremely ill from dehydration.

A dog is dehydrated when she loses both water and the minerals in the water (electrolytes), such as sodium, chloride and potassium.

There are several symptoms that show a dog is dehydrated:

A dog that is dehydrated will lose elasticity in his skin.

One way to test for skin elasticity is to grasp the loose skin over the dog's shoulders, lift it up as far as it will stretch, and then release. If the skin does not snap back into place immediately, it is likely that the dog is dehydrated.

A dehydrated dog will also have slow capillary refill time.

A simple test is to examine the dog's gums. Gently press a finger against the gums until the area becomes white and release. In a normal dog, the pinkish color should return to the area almost immediately. A delay in the refill time can be indicative of dehydration.

While checking for capillary refill time, check also the general conditions of the gums. A healthy dog has wet, slippery, reflective gums. A dehydrated dog's gums are dull and sticky.

Dogs with dehydration may also show the following signs:

Dehydration in dogs occurs when either there is reduced fluid intake or excessive fluid loss.

Reduced fluid intake can occur when a dog is not drinking or eating enough due to sickness.

Excessive fluid loss can be caused by a number of health problems, such as:

Treatment for Dogs Suffering from Dehydration

Even if your dog is mildly dehydrated, it is still important to replenish electrolyte loss.

A simple way to rehydrate and replenish electrolyte loss is to give your dog some unflavored Pedialyte. If your dog won't drink by himself, use a needle-less syringe to administer the fluid into the pouch between his cheek and teeth.

If you don't have Pedialyte, you can quickly make an electrolyte solution using sugar and sea salt.

Here is a recipe (from Homeopathic First Aid for Animals by Dr. K. Walker):

How much to give depends on the dog's size and how dehydrated he is.

As a general guideline, give a quarter cup of Pedialyte (or other electrolyte solution) to a big dog every hour, and one-eighth of a cup to a small dog.

However, if your dog is severely dehydrated, don't let him drink too much water or Pedialyte, as drinking too much fluid may cause him to vomit resulting in further fluid loss. Instead, give your dog a little bit of fluid and take him to the emergency vet clinic right away.

Veterinary treatment for dog dehydration is to replenish the body's fluid supply by giving the dog large amounts of fluids, either subcutaneously (under the skin) or intravenously.

Prevention of Dehydration in Dogs

There are things that we can easily do to prevent dehydration in dogs. 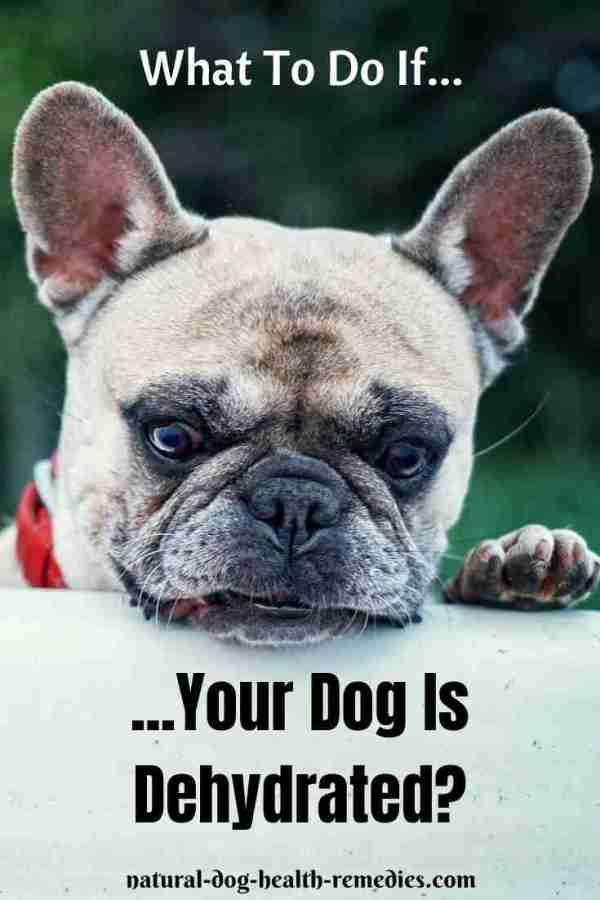 Perhaps the easiest thing to do to prevent dehyration is to encourage your dog to drink water! It is important to remember that dogs can be dehydrated not only in summer time, but also in the cold winter season as well. Before and during exercise, dogs should be allowed to drink water to replenish fluid loss.

One way to encourage your dog to increase water intake is to give him ice cubes, or add a little bit of flavor to the water (e.g. low-sodium chicken broth).

Vomiting and diarrhea are common causes of dehydration, so if your dog has severe vomiting or diarrhea, it is worth stopping them quickly before the dog becomes severely dehydrated.

A Good Natural Remedy for Diarrhea

This natural product contains vitamins, probiotics and enzymes that can work quickly to restore the unbalanced gut flora, normalize digestion and cleanse out the digestive system. 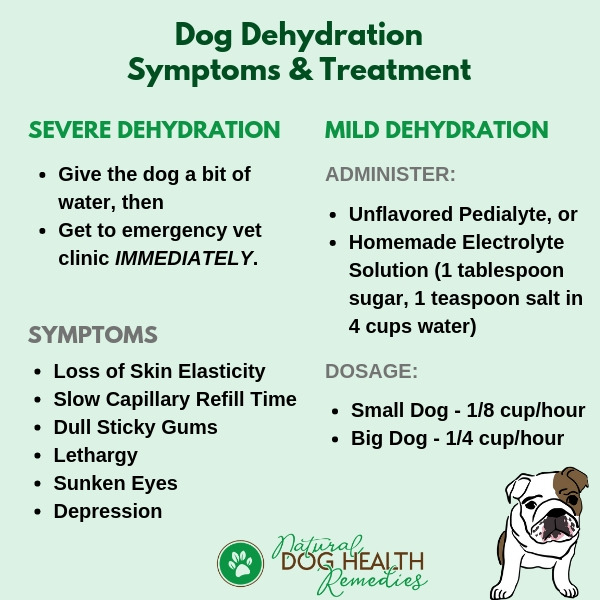