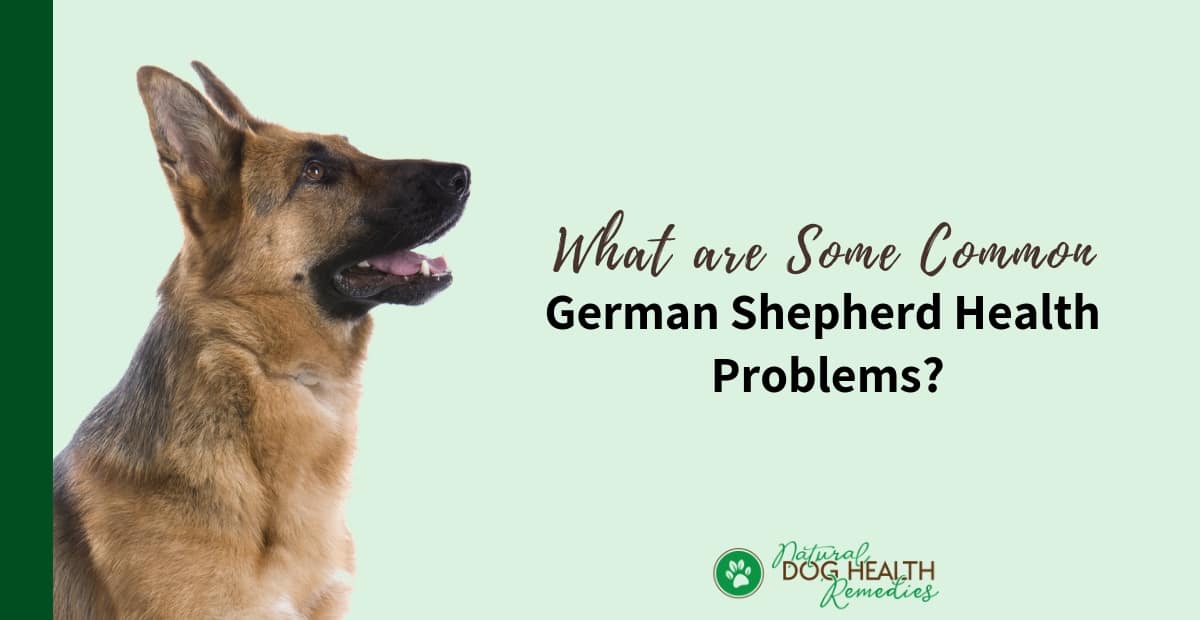 The German Shepherd is strong, muscular, loyal, and intelligent. German Shepherds are not only excellent companion dogs, but also very competent working dogs. They excel in being guide dogs, police dogs, tracking dogs, to name just a few.

The German Shepherd is one of the most popular breeds in the U.S.A.- Ranked 2nd most registered breed by the AKC for 2017.

The average lifespan of a German Shepherd is from 9 to 13 years.

Unfortunately, German Shepherds are susceptible to certain health problems, some of these problems are common among large breed dogs.

As a large breed dog, the German Shepherd has several health problems that affect their joints, such as:

These two German Shepherd health problems are connected with the nervous system, and can cause a lot of hardship to the dog:

Other common health problems found in GSDs include:

Recommendations for Your German Shepherd!

(FTC Disclosure: If you make a purchase via a link on this page, I may receive a small commission, at no added cost to you.)
Cosequin DS Chewables Plus MSM by Nutramax

This supplement contains glucosamine and MSM and is effective in supporting mobility and joint health in dogs.

This is an effective herbal formula that contains nerve-calming and nourishing herbs such as chamomile, ginseng, passion flower, St.-John's wort, valerian root, etc. It greatly helps dogs with epilepsy.

German Shepherds have dense coats that shed throughout the year, with increased shedding once or twice a year. This excellent tool helps to control shedding by removing (not cutting) the loose and dead undercoat hair that is the underlying source of shedding. The stainless steel edge grabs and removes the loose undercoat hair without damaging the topcoat. Highly recommended!