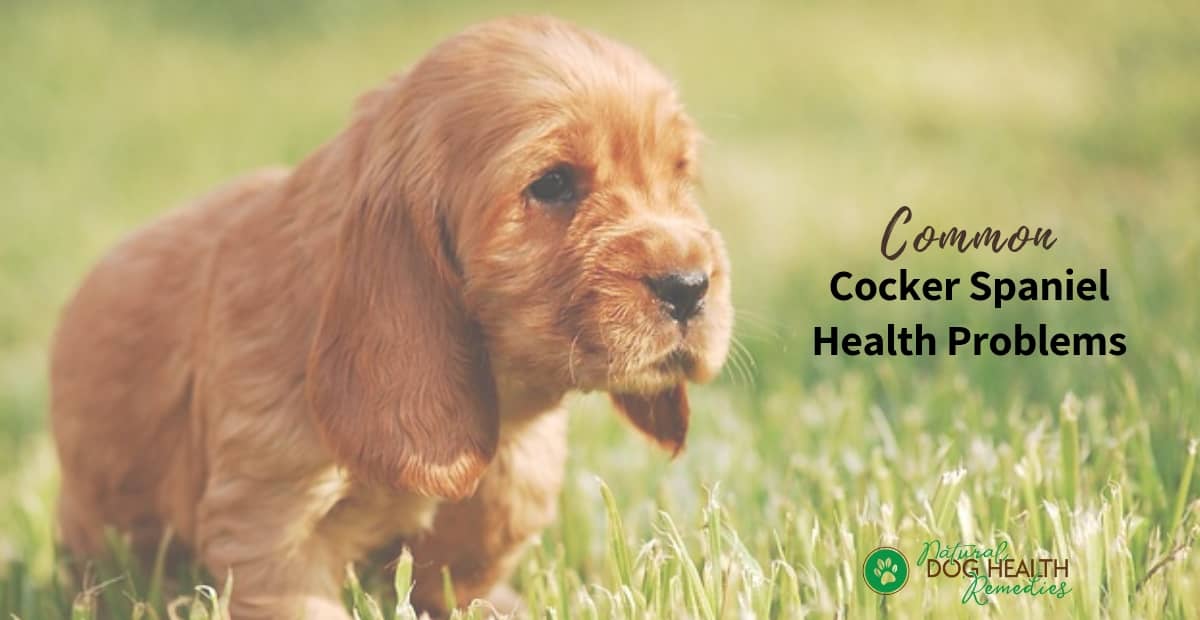 Both Cockers originated as hunting dogs, but over the years, the American Cocker has become primarily a pet while the English Cocker has remained a hunting dog.

Originally bred for hunting birds, the American Cocker is the smallest of 26 dog breeds in the sporting group. It is a popular breed in the U.S.A. (ranked 29th in 2017 according to AKC Dog Registration Statistics).

The average lifespan of Cocker spaniels is from 12 to 15 years.

Unfortunately, Cocker spaniels are susceptible to certain health problems, as listed below.

Cocker spaniels are prone to numerous eye problems. If you have a cocker spaniel, therefore, take good care of his/her eyes. Give the eyes a thorough check regularly. Pay particular attention to any abnormal reddening, eye discharge, bulging, and signs of pain such as squinting and avoiding being touched.

Common eye problems that tend to affect cocker spaniels include:

In addition to eye problems, cocker spaniels also tend to have ear problems, the most common ones being:

Other cocker spaniel health problems include the following:

Recommendations for Your Cocker Spaniel!

(FTC Disclosure: If you make a purchase via a link on this page, I may receive a small commission, at no added cost to you.)
Doc Ackerman's Colloidal Oatmeal with Aloe Vera Shampoo

Good natural shampoo for skin conditions such as seborrhea.

This product contains effective ingredients for yeast infections in the ear, such as witch hazel, tea tree oil, and echinacea.

This eyewash is excellent not only for cleansing but also for promoting healing of sore, inflamed, and infected eyes. Good for eye conditions such as dry eye, conjunctivitis, and other eye infections.