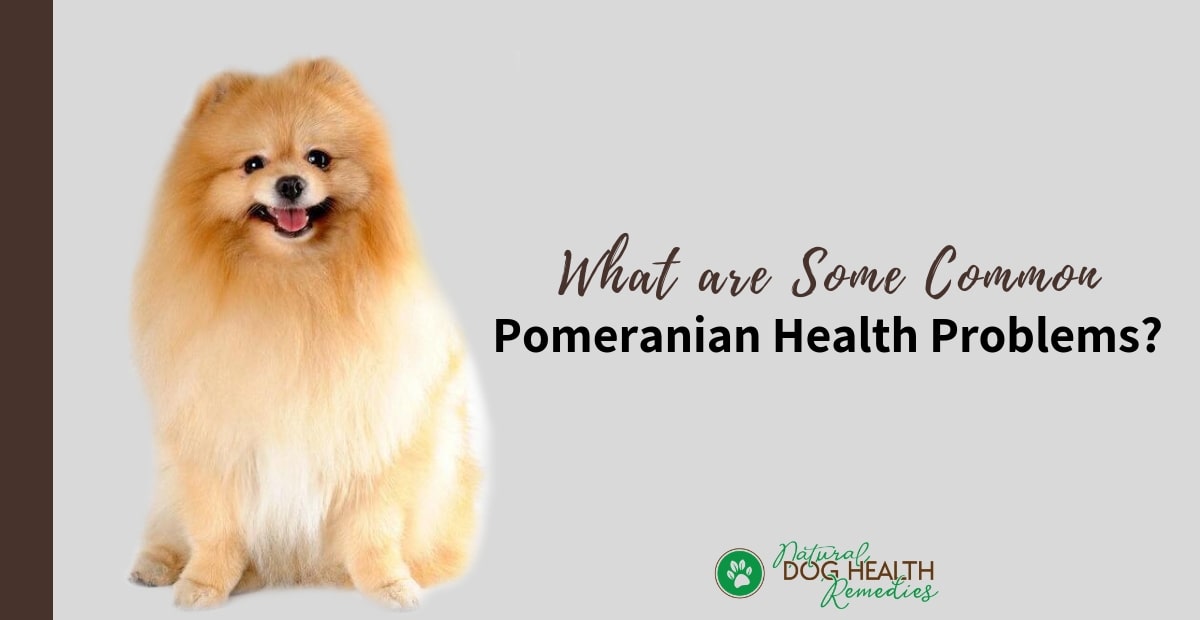 The Pomeranian is the smallest member of the Spitz family of northern breeds and is a descendent of sled dogs from Iceland and Lapland. Today, the Pomeranian dog is one of the most popular Toy breeds.

The Pomeranian is intelligent, very easily trained, active, and alert. Despite their size, Pomeranians can be bold with other larger dogs and can also be very protective of their families, making them good companions and watch dogs.

The Pomeranian is loved by people in many countries, including the U.S.A. This dog breed was ranked 22nd most registered breed by the AKC for 2016.

How long do pomeranian dogs live? You may wonder.

The Pomeranian is a very healthy, hardy and long-lived breed. The average lifespan of a Pomeranian is between 12 and 16 years. Some even live longer.

In fact, the oldest Pomeranian dog on record lived to the ripe old age of 21!

What Are Some Common Pomeranian Health Problems?

Despite the fact that Pomeranians are generally hardy and healthy, like all breeds, they do have some health issues.

One common Pomeranian health issue is obesity. Because of their small size, they should not be fed too much but unfortunately some owners tend to over-feed their Pomeranians!

So... If you are a proud parent of a pomeranian, be sure not to overfeed your dog and weight gain is definitely something to watch out for.

As you know, obesity can cause a lot of other health issues, such as joint pain and arthritis, diabetes, and more.

Because of their size, Pomeranians have a small mouth - too small for their teeth! This usually results in overcrowding. Teeth overcrowding can cause various teeth and gum problems, such as plaque and tartar buildup because of food trapped between the teeth.

If the plaque and tartar are not removed, gum disease such as gingivitis can occur which can lead to premature tooth loss. Keeping the teeth clean is therefore important.

Besides brushing your Pomeranian's teeth daily, you can help keep his mouth clean by giving him dental biscuits and dental chew toys.

It is also advisable to feed your dog a healthy and natural diet. Avoid snacks or poor-quality foods rich in starch and sugar.

Eye problems, such as distichiasis (ingrown eyelashes), and entropion (lower eyelid that rolls inward), are rather common among the Pomeranian dogs.

Distichiasis is a congenital condition. An extra row of eyelashes grows from the eyelid and is pointed inward, rubbing against the eye surface. This of course results in irritation and if left untreated, leads to corneal abrasion.

Treatment of this eye condition is by removing the extra eyelashes and destroying their roots, either through surgery, electrolysis, or cryotherapy (chemical freezing).

Entropion is a condition in which the lower eyelid rolls inward. This can be congenital, or sometimes the result of chronic eyelid infections or injury.

The inward-rolling eyelid causes irritation. You may see your Pom squinting her eyes and she will have excessive tearing. Surgical correction is the treatment. 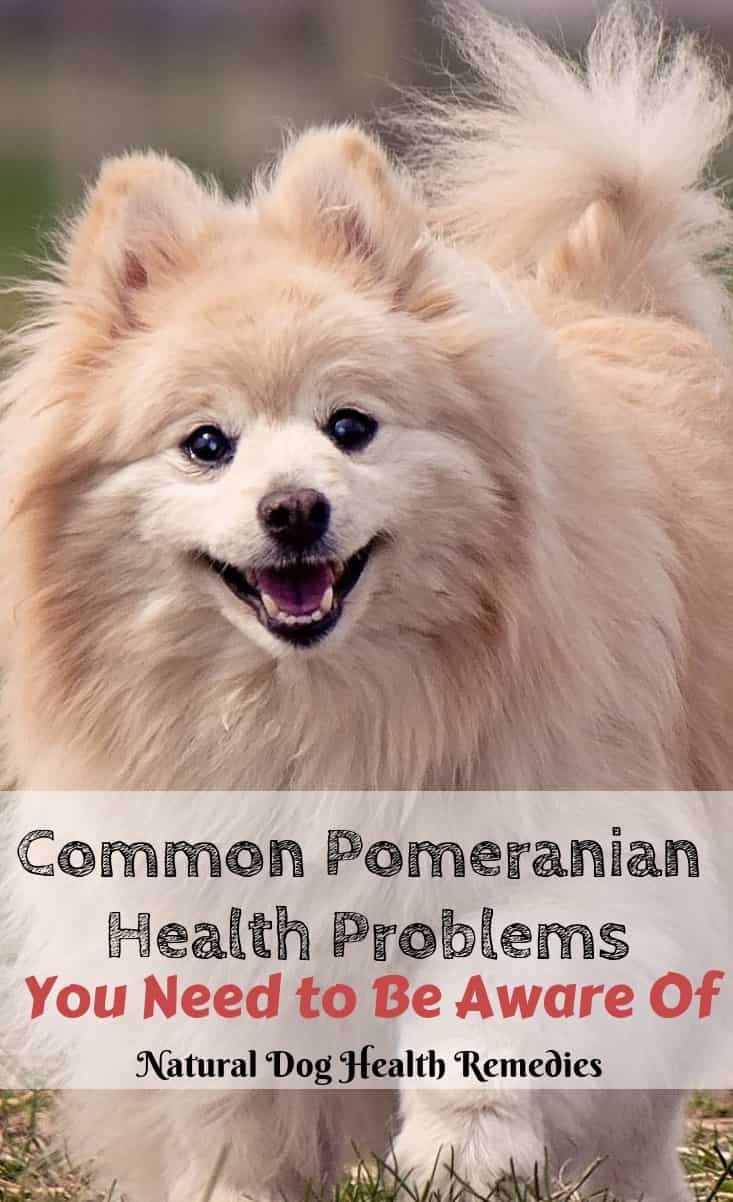 Low blood glucose level, hypoglycemia, is a common issue in some small breed dogs, such as the Poms. It is due to a metabolic disorder.

Prompt action should be taken if a dog is having a hypoglycemic attack, otherwise this could be fatal. Signs of hypoglycemia include weakness, confusion, disorientation, shaking, seizures. In serious cases, the dog collapses and dies.

The first thing to do if your Pomeranian dog is showing signs of hypoglycemia is to give her some sugar (e.g. honey, corn syrup, jam) by mouth. If your dog has already lost consciousness, rub some honey inside her mouth and on her gums. Then rush her to the vet for further treatment.

Small breed dogs such as Pomeranians are prone to patellar luxation. It is a hereditary problem in which the leg bones are malformed. This results in the kneecap being repeatedly pulled out of position.

When the kneecap is dislocated, your Pom will limp with the affected leg held off the ground. You may also see him constantly stretching the leg out behind him in an attempt to click the cartilage back into place.

Understandably, this condition causes pain and, if left untreated, osteoarthritis will usually result.

This is also a common health problem among small breed dogs like the Pomeranians.

The trachea (windpipe) is formed and supported by rings of cartilage. If the cartilage rings are weakened, they collapse, causing the windpipe to become narrower, and the membrane lining the trachea inflamed. This causes the dog to develop a dry, hacking cough, harsh breathing, and gagging.

Obesity can make this condition worse, so again, keep your Pomeranian lean!

Treatment involves controlling the cough, and using supplements such as glucosamine to strengthen cartilage. To protect your Pom's throat and keep pressure off the airway, use a harness instead of a collar.

This condition causes an array of symptoms, depending on the individual dog and seriousness of the problem. Some common signs include recurring skin and ear infections, weight gain, lethargy, cold intolerance, joint pain...

If your Pom are showing some of these signs, be sure to ask your vet to check out her thyroid hormone levels (T3 and T4).

Dogs with this condition have to be on thyroid hormone replacement therapy for life.

SHLS occurs mainly in males and often becomes apparent later in the dog's life. The dog starts out with a normal appearing coat but the coat slowly thins out, starting at the back of the thighs and buttocks and moving up the back.

There is also a puppy-related version in which the puppy coat sheds but the adult coat does not grow.

Recommendations for Your Pomeranian!

(FTC Disclosure: If you make a purchase via a link on this page, I may receive a small commission, at no added cost to you.) Nature's Herbs for Pets Joint Relief

This is a Chinese herbal formula that contains herbs that are effective in treating joint problems, stiffness and inflammation, such as patellar luxation, hip dysplasia, and arthritis. This formula can be used as a preventative as well.

This supplement contains glucosamine which can strengthen the joints, and Astaxanthin, a super-antioxidant with anti-inflammatory properties.

Brushing is of course the best way to prevent dental and gum problems, but if your Pom won't let you get near his/her mouth, consider this herbal spray. It is made with natural plant extracts and is specially formulated to end plaque and tartar build-up on your dog's teeth.