Hypoglycemia in Dogs and Puppies 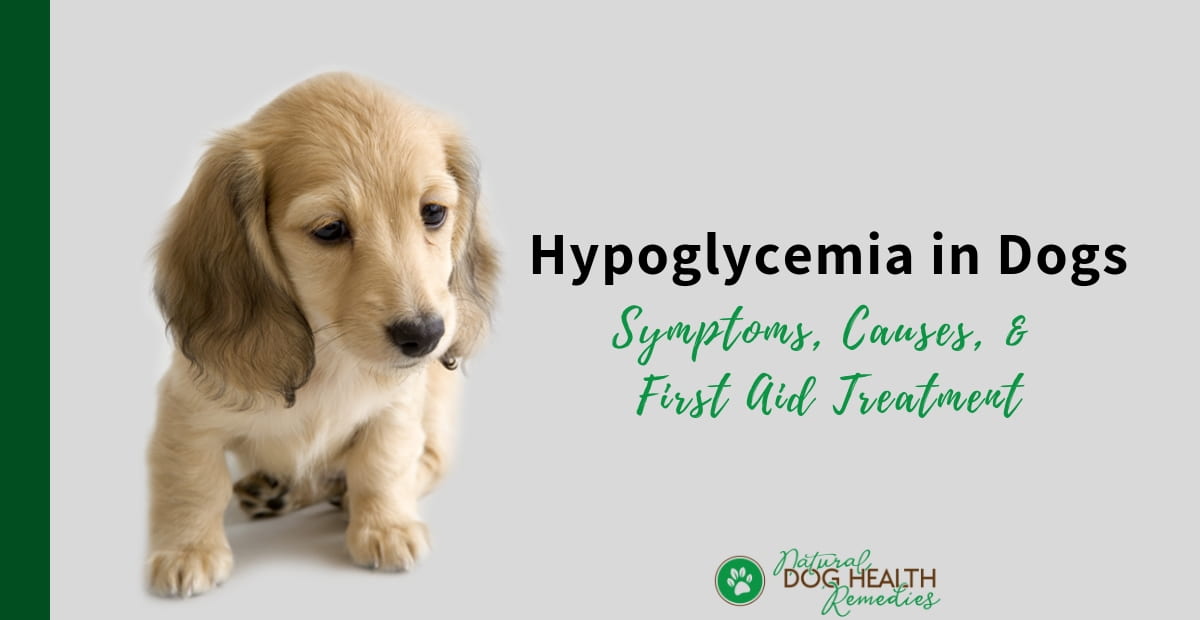 Our body (and our dog's body too!) uses glucose as its primary energy source.

In particular, the brain needs sugar in order to function normally. Unfortunately, the brain has a very limited ability to store glucose.

As a result, when blood glucose level becomes very low, the brain is the organ that is affected the most.

What Causes Hypoglycemia in Dogs and Puppies?

Blood sugar levels are regulated by a complex interaction of hormones and other bodily processes.

Hypoglycemia in dogs can be caused by abnormal hormonal functions or by the inability of the dog's body to store sufficient amount of blood glucose. These abnormalities in turn can be the result of any of the following:

The pancreas produces insulin which causes blood sugar levels to decrease. Insulinomas are tumors formed by cells that produce insulin in the pancreas.

Insulinomas can cause an increase in insulin production, resulting in low blood sugar levels.

If an excessive amount of insulin is administered to a dog with diabetes, the dog will suffer from hypoglycemia.

Some toy breeds (such as Chihuahuas, Yorkshire Terriers, Maltese, Toy Poodles and Pomeranian) are prone to hypoglycemia due to a metabolic disorder. If you have a toy breed dog, it is better to feed her 3 small meals a day to avoid hypoglycemia.

Puppies, especially toy breed puppies less than 5 months of age, are predisposed to developing hypoglycemia because they are less able to store and mobilize glucose the way that adult dogs do.

Also, toy breed puppies have more brain mass per body weight compared to other breeds, so they need more glucose for brain function.

In puppies, certain situations can bring on a hypoglycemic attack. For example, when the puppy misses a meal, becomes chilled, or is suffering from exhaustion, or anxiety.

Sometimes when a puppy gets older, she will outgrow this condition since hypoglycemia mostly affects puppies 5 to 16 weeks of age. However, if the dog is high strung, or has a lot of nervous energy, she has to be kept in a calm state as much as possible.

Addison's disease in dogs is a condition in which there is insufficient secretion of the corticosteroid hormones from the adrenal glands. One result of this hormonal deficiency is hypoglycemia.

Symptoms of Hypoglycemia in Dogs

In severe cases, the dog may become unconscious and sometimes die.

Immediate veterinary treatment is essential! Dogs suffering from prolonged hypoglycemia or repeated occurrences of the condition can have permanent damage to their brains. 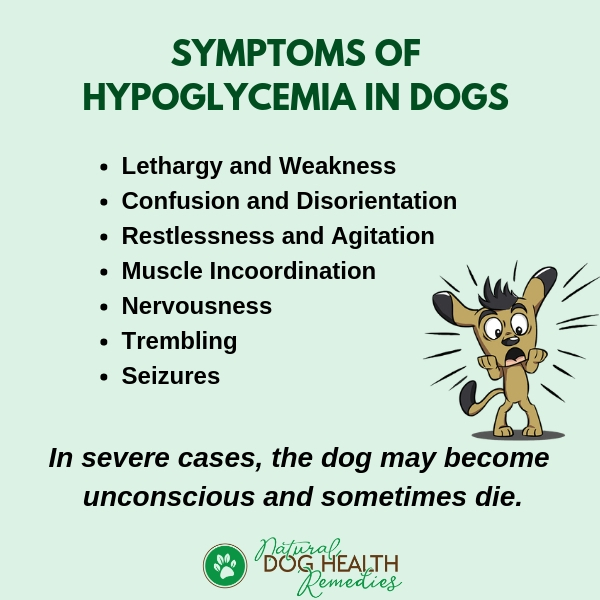 If your dog is prone to hypoglycemia, you should always be prepared to deal with the onset of the condition. 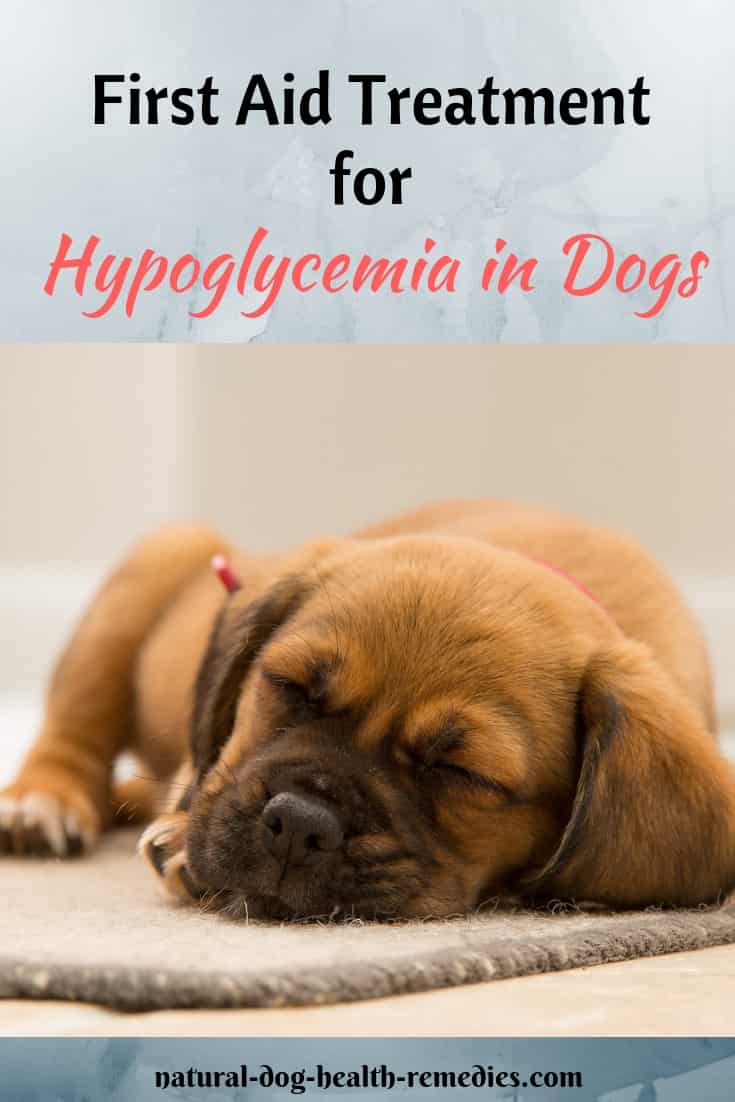 As mentioned above, hypoglycemia is very dangerous and can kill if left without treatment. Immediately veterinary treatment is essential.

However, before getting to the vet, there are several things that you can do to prevent the condition from deteriorating.

The first thing to do is to get the blood glucose back to a safe level. This can be done by giving your dog a source of sugar such as syrup, honey, or jam by mouth.

If your dog is already unconscious, rub the syrup on the gums and under the tongue.

Keep your dog warm because low blood sugar will cause hypothermia.

Also, keep in your dog first aid kit some natural remedies for seizures in case your dog has a seizure attack as a result of hypoglycemia.

Many dog parents wonder what diet is appropriate for dogs with hypoglycemia.

A dog with this condition should eat a natural, well-balanced diet that is high in:

If your puppy is prone to hypoglycemic attacks, rub her gums with honey, corn syrup or maple syrup every day.

Prevention of Hypoglycemia in Puppies

As hypoglycemia could be life-threatening, steps should be taken to prevent this from happening to your puppy.

Hypoglycemia in Dogs - Herbs to Avoid

Some herbs can lower blood glucose levels and should be avoided if your dog is prone to hypoglycemia. 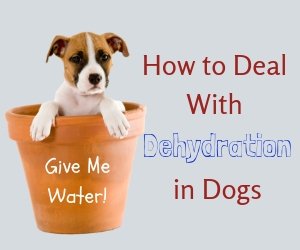