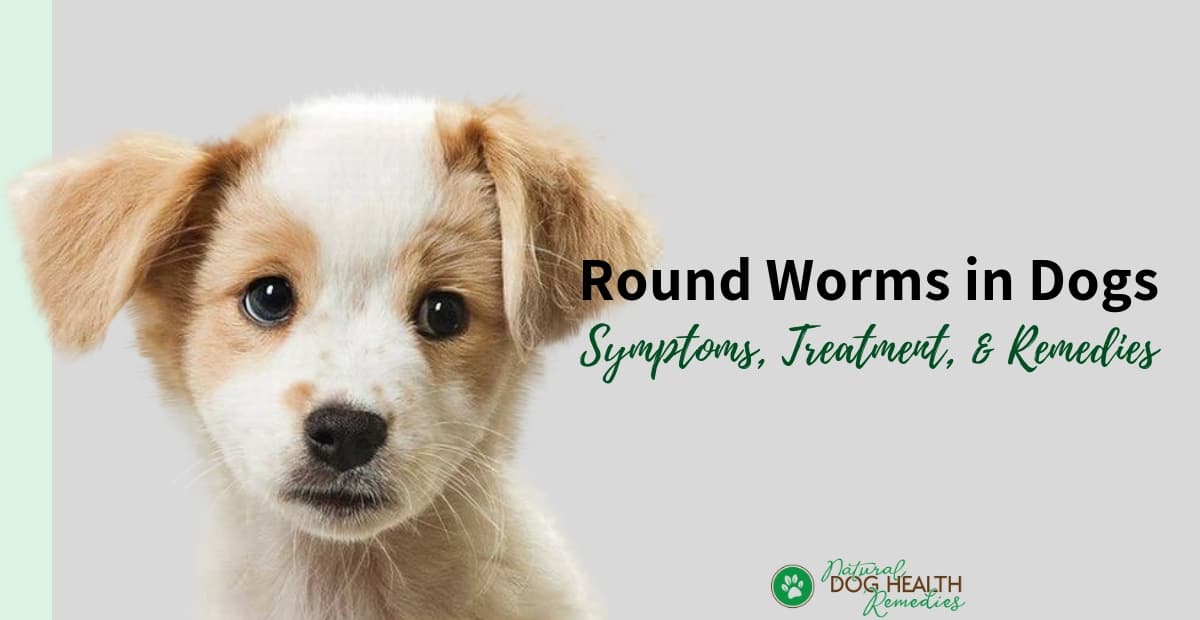 Roundworms, often called "ascarids", or "spool worms", are thick-bodied, whitish-to-cream-colored worms that can live in the intestines of dogs (and cats).

Roundworms are the most common intestinal parasite that affect dogs and puppies (and cats and kittens).

In fact, it has been found that about 95% of newborn puppies are born with roundworms!

Roundworms may be contracted in different ways, making them easy to spread and hard to control.

Can People Get Roundworms?

Roundworms can cause health problems not only to puppies and dogs, but also to humans, especially to young children. They tend to put their hands in their mouth, thus having a higher chance of ingesting the larvae of roundworms.

Also, if a child is licked by a dog infected with roundworms, the larvae could also be passed onto the child through the dog's saliva.

Once inside the child's body, the larvae can migrate to different organs. In most cases, they will be killed in the tracts and do not cause any damage to the child.

In view of the potential damage caused to our children (both two- and four-legged), it is important to learn more about this parasite.

How Do Dogs Get Infected with Roundworms?

Dogs can get infected in a number of ways:

Symptoms of Roundworms in Dogs

Symptoms depend on the age of the dog affected, the stage of maturity that the worms are in, and their location in the dog's body.

Usually, the younger the puppy, the more serious symptoms it will show. Some adult older dogs can develop a resistance to the worms and may not show any symptoms.

If adult worms are in a dog's intestines, the dog will show the following symptoms:

In more serious cases, roundworms in dogs can cause anemia, ruptured bowels or intestinal obstructions.

Due to the migration of the larvae of roundworms through a dog's respiratory system, the infected dog will show the following symptoms:

How to Test for Roundworms in Dogs

To test for roundworms in your dog, you need to collect a sample of your dog's stool. Presence of roundworm eggs in the stool sample confirms infestation.

Sometimes adult worms may be seen in the dog's feces or vomitus. The worms are round on cross-section and look a bit like spaghetti.

Since many puppies are infected with roundworms, fecal testing for worm eggs is a must for puppies, and it is also a good idea for adult dogs to be tested annually.

Conventional Treatment of Roundworms in Dogs 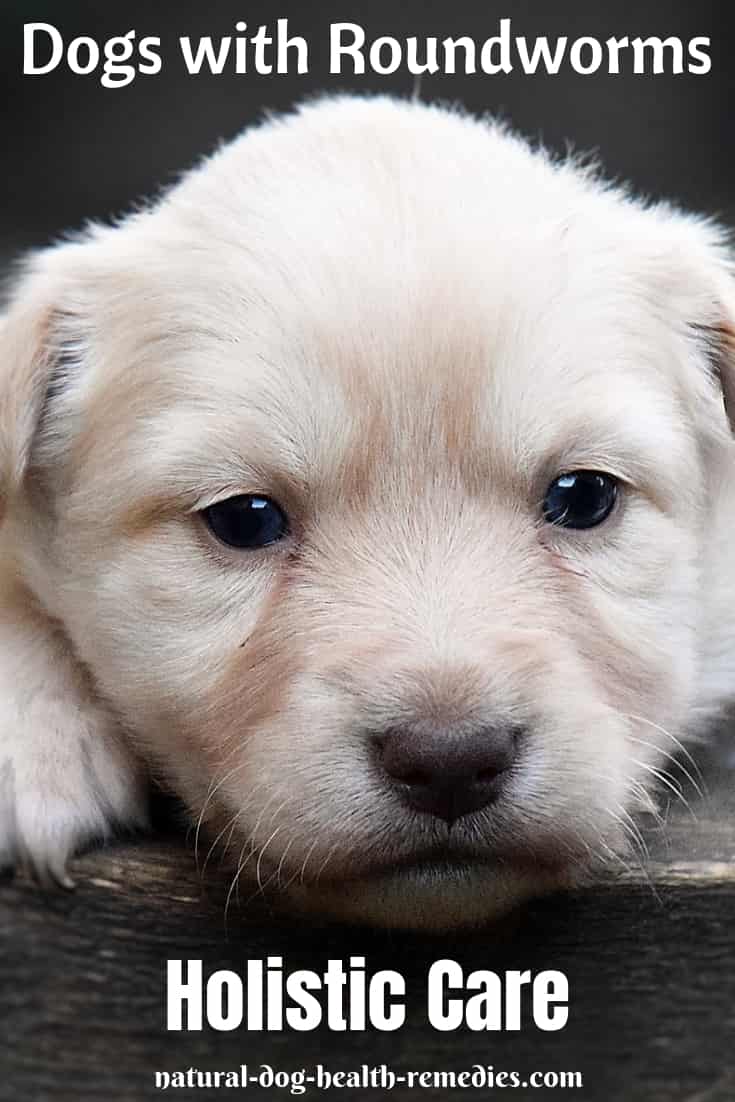 These deworming products, however, only kill the adult worms. They do not affect the migrating or encysted larvae. Therefore, repeated deworming is necessary.

Like many parasiticides, these deworming products contain toxic chemicals that can cause adverse effects on the growing puppies, such as poor growth, diarrhea, and appetite loss.

Therefore, before using these products, consult with a vet and get a thorough examination to see if the affected puppy actually has a serious worm problem. If your puppy has a very serious infestation, then by all means use the conventional deworming treatment under the supervision of a veterinarian.

On the other hand, if a puppy's worm problem is not particularly serious, a healthy diet enriched with Vitamin A and other natural remedies as described in the next section may be sufficient to get rid of the roundworms.

If your puppy is not serious infested with roundworms, you may want to first try the following home remedies because they are safer and more gentle on the pup's body.

Try the following remedies for at least 3 weeks. If the worms are still there, then consider the conventional deworming treatment.

Use This Herbal Formula

This natural herbal formula contains the herb Quassia wood which has long been used for treating worm infestations. In addition, the formula contains herbs such as pumpkin seed, slippery elm bark, fennel seed, and more, which are good for supporting and protecting the gastrointestinal tract.

Garlic, preferably together with fennel, can be fed to your dog to encourage expulsion of intestinal parasites. Depending on the size of your pup, mix half to 2 cloves of fresh chopped or grated garlic to her food.

(If you are worried that garlic may be toxic for dogs, please read this page for detailed information on this important topic.)

Diatomaceous earth is actually the fossilized remains of some prehistoric planktons. The fine particles in the earth cut through the exoskeletons of insects (such as worms, fleas, mites, etc.) resulting in dehydration and the insects will usually die in a few hours.

DE is natural and is totally safe for internal use for pets. Make sure, however, that you use the natural, food grade type and add up to 1 teaspoon of diatomaceous earth to each meal.

Add up to 2 teaspoons of oat bran to each meal. The idea is to let the roughage carry out the worms. Grated raw carrots or turnips can also be fed in the same manner.

After Care Is Important!