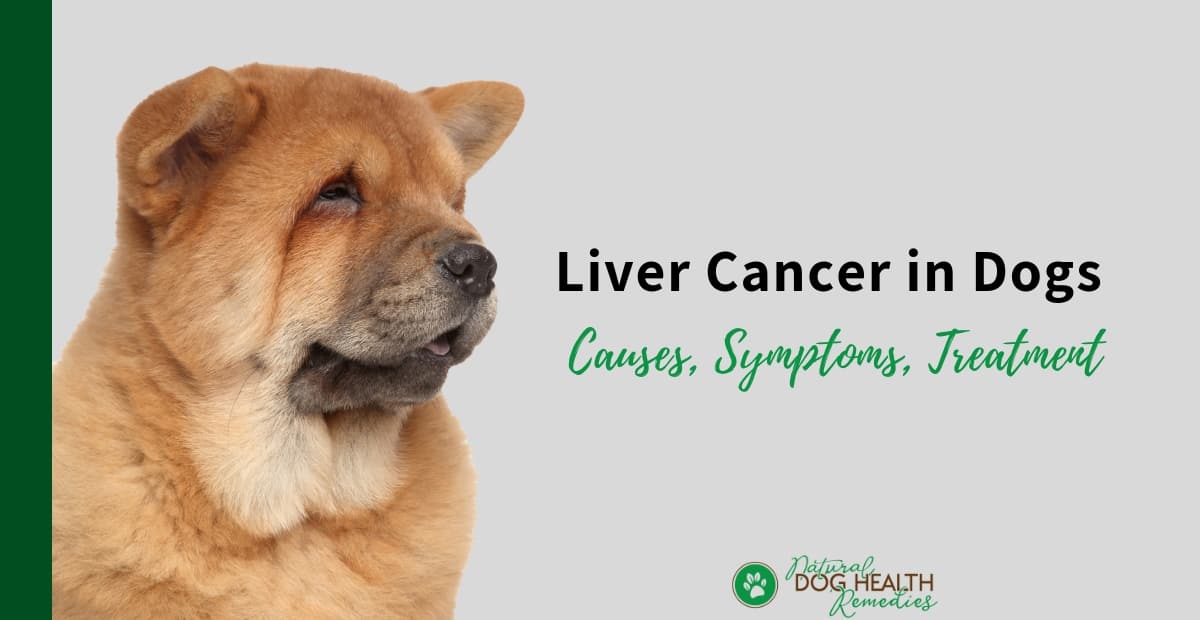 Liver cancer is a silent killer. It happens rather frequently in dogs, especially metastatic liver cancer.

The problem is, many dogs do not show any distinct symptoms until it is too late, it feels as if the cancer can raise its head and kill overnight.

As dog parents, we need to be mindful of this killer cancer and educate ourselves as much as we can.

There is a slightly increased risk of primary liver tumors in male dogs. Although rather rare, primary liver cancer in dogs can sometimes metastasize to other parts of the body.

Metastatic, or secondary, liver cancer is one that has spread to the liver from other organs. Metastatic liver tumors are generally multiple nodules.

Why is metastatic liver cancer so common in dogs?

The liver is the largest organ in the dog's body, and it is involved in a large number of bodily functions and processes.

In particular, the liver is one of the main organs responsible for detoxifying many toxic substances circulating in the body. A lot of medications are metabolized in the liver, putting a lot of stress on the organ.

It is understandable, therefore, that the liver is one of the primary targets of almost all metastatic cancers.

Cancer that metastasizes tends to travel to the liver through the blood stream or the lymphatic system, and the fact that the liver is supplied blood through two blood vessels instead of one makes it all the more vulnerable.

Symptoms of Liver Cancer in Dogs

Many dog parents ask, "How can I tell if my dog has liver cancer?"

The problem is, in the early stage of canine liver cancer, clinical signs are vague and not distinctive and it's difficult, if not impossible, to tell if a dog has liver cancer.

As the disease progresses, some symptoms start to arise, such as:

As you can see, quite a few other diseases, especially diseases that involve the liver, may cause the same signs as listed above.

Other common liver diseases that may cause similar symptoms include hepatitis, leptospirosis (an infectious liver disease in dogs caused by a kind of bacteria called a spirochete), viral and fungal infections of the liver, etc.

Due to a lack of distinctive symptoms in the early stage and the fact that the liver can continue to function for a while even having been afflicted by cancer, most liver cancer cases are diagnosed rather late, resulting in a very poor prognosis.

(See this page and this page for typical examples of how vague the symptoms are and how fast a dog can succcumb to liver cancer at its later stage.)

Causes of Liver Cancer in Dogs

The cause of primary liver cancer may be related to environmental factors, such as exposure to cancer-causing chemicals (carcinogens).

You may be surprised by the fact that dogs are exposed to toxins and carcinogens more often than expected. Dogs are exposed on a daily basis to such chemicals and toxins as may be contained in some household cleaners and pesticides.

If a dog is being fed a low-quality commercial pet food, he is also constantly being exposed to harmful chemicals contained in the food, such as food additives, artificial coloring and flavors.

Diagnosis of Liver Cancer in Dogs

If canine liver cancer is suspected, usually the following tests will be done: 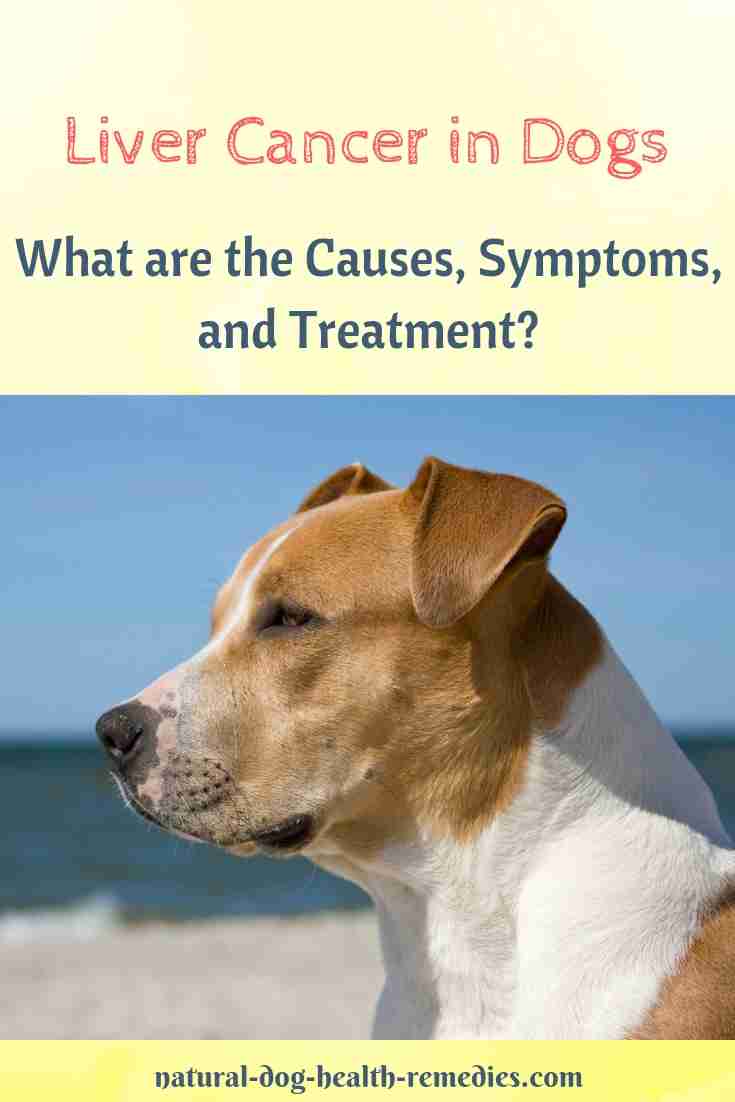 For primary cancer cases that show no evidence of metastatic disease, it may be possible to remove the liver tumor surgically.

If complete removal of the cancerous cells can be achieved, the dog patient can live for about a year after surgery. Some may even survive for several years.

Chemotherapy is usually not effective and therefore not used for primary malignant liver tumors, which are highly resistant to chemotherapy drugs.

Dogs with malignant tumors that cannot be surgically removed due to severe involvement of the liver, or if the cancer has already spread to other parts of the body, have a very poor prognosis. It's quite often that a dog dies within days or weeks after being diagnosed.

In cases of secondary liver cancer, chemotherapy is sometimes recommended.

How to Prevent Liver Cancer in Dogs

Though it is of course not possible to totally prevent liver cancer in dogs, we can certainly do the things below to lower the possibility.

We can try to minimize exposing our dogs to toxins and chemicals in the environment. For example, feeding a natural diet without artificial colorings, artificial flavors, and chemical preservatives or additives is a start.

Also, we should avoid using toxic tick and flea products on our dogs, and chemical lawn sprays in the yard. As much as possible, use "green" household cleaning products.

Tap water contains minerals and, depending on the city/country, may contain some other undesirable substances that may be toxic to dogs and taxing on their liver.

Instead of tap water, dogs should have access to filtered or distilled clean water all the time.

Many holistic vets believe that over-vaccination can wreak havoc to a dog's body, and in particular, the dog's liver and immune system.

Instead of giving your dog annual booster shots, ask your vet to do titer tests to see if such booster shots are absolutely necessary. Read this article to find out more about titer tests if you are not sure what they are.

To help detoxify your dog's liver, cleanse his liver regularly using a special liver cleanse diet, herbs and supplements. Be sure to read this article for more information on this important topic.