Why Is My Dog Sneezing Repeatedly? 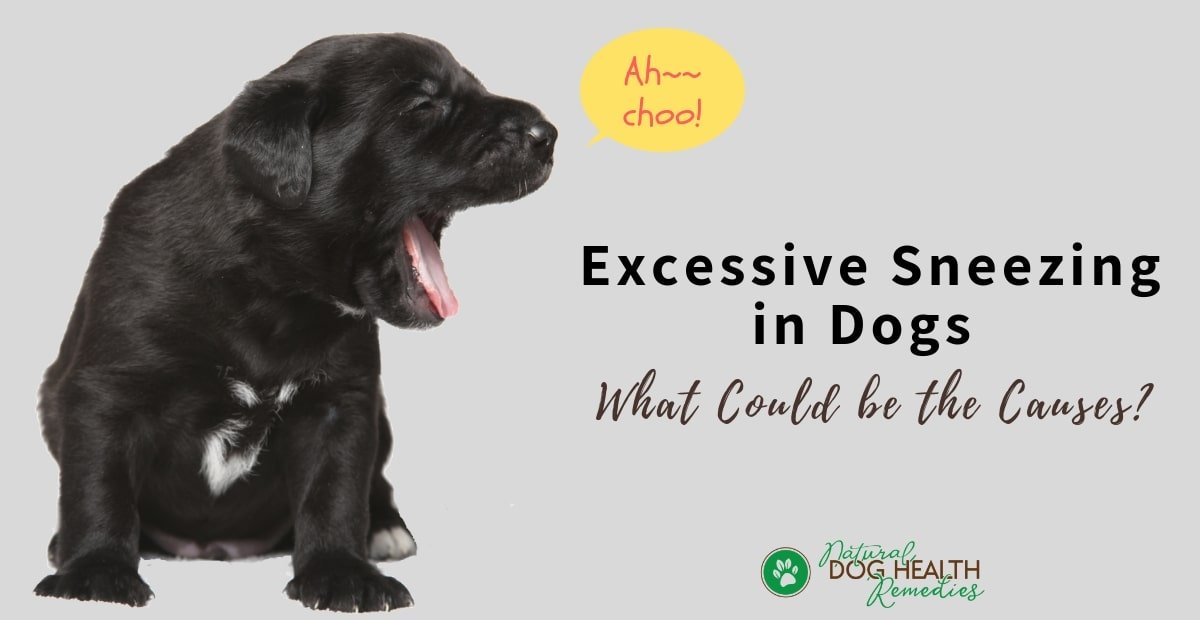 At one point or another, we have all probably asked the question, "why does my dog keep sneezing?"

Dog sneezing is a symptom, not an illness by itself. So instead of just using drugs to suppress the symptom, it is important to find out and deal with the underlying cause that makes your dog sneeze.

There are also natural remedies that can be used to ease sneezing and boost the immune system.

What Does It Means When Your Dog Sneezes A Lot?

More often than not, dogs sneeze in order to get rid of infectious organisms such as bacteria and viruses. Sometimes, they sneeze to expel foreign bodies that have found their way up their nostrils.

Here are some common causes of dog sneezing:

What is Reverse Sneezing?

Reverse sneezing happens quite commonly in small dogs and Brachycephalic breeds (e.g. pugs, bulldogs), but it could happen to other bigger dogs as well. (My dog sometimes had reverse sneezing when she was young.)

Here is an example of an episode of reverse sneezing:

Reverse sneezing is actually caused by a spasm of the throat and soft palate.

But what may trigger the spasm?

There are many possible triggers, including something as simple as a tight collar or pulling on the leash, or over-excitement. Sometimes, the trigger could be an irritant, such as a household cleaner or room spray.

Usually, the reverse sneezing will stop in a minute or so. When my dog had that, I usually tried to calm her down by lightly stroking her back and her throat.

Most cases of reverse sneezing do not require treatment, but if your dog constantly has this problem and if the episodes are getting longer and more frequent, you may want to talk to your vet to see if anything is wrong.

Pinpointing the Possible Cause of Dog Sneezing

Here are some questions that may be helpful in pinpointing the possible cause that brings about sneezing in your dog:

When To See A Vet

Take your dog to the vet immediately if: 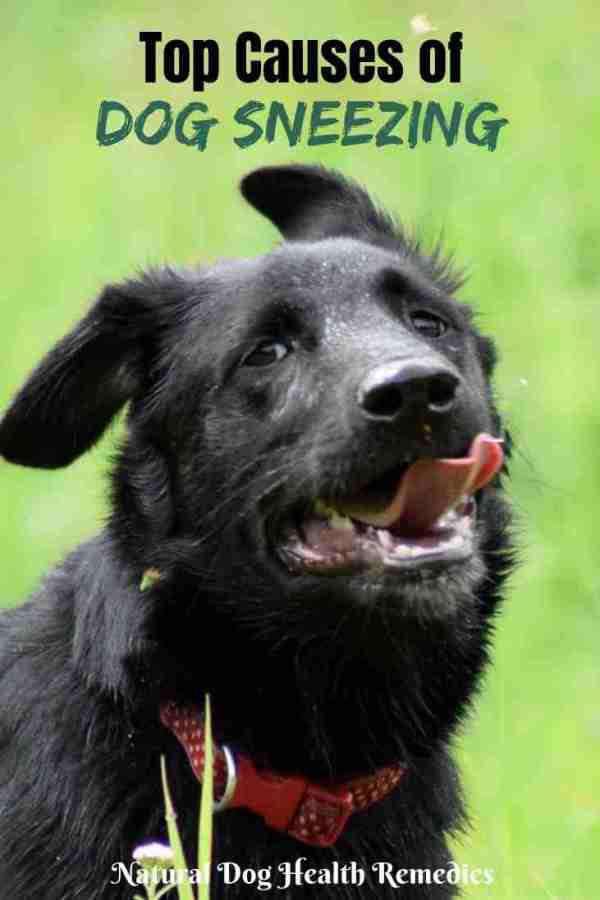 Homeopathic remedies are effective in alleviating the discomfort caused by dog sneezing. There are quite a few remedies can be used depending on the specific symptoms.

If you want to use homeopathic remedies for your dog's sneezing fits, consider the following. If you are still unsure, consult a holistic vet.

This remedy is indicated for dogs with much sneezing, watery discharge which is a little corrosive, and the nasal passages may be painful to touch. The dogs are restless and thirsty, and are often very skittish.

This remedy (made from red onions) is suitable for dogs with watery eye and nose discharges, red eyes, and frequent sneezing. The eye discharge is often bland, while the nasal discharge burns the nose and the upper lip.

Dogs requiring this remedy have sudden onset of symptoms - sore, red, watery eye; sneezing with little nasal discharge; dry coughing; and they show great fear and anxiety. The symptoms tend to worsen in a warm room.

This remedy is useful if your dog has thick, lumpy, yellow mucous discharges from his nose and/or eyes. Sometimes the yellow discharge from the nose may be blood-tinged. Calcarea sulphurica is often used to encourage respiratory health and promote the health of the throat and nasal passages.

This remedy is suitable for dogs with an upper respiratory infection that has progressed to the point of sore. The nostrils can sometimes become ulcerated and there is a foul-smelling discharge from the nose.

This remedy is suitable for dogs with greenish-yellow, elastic, ropy discharge from the eyes and nose. They also develop tough crusts on the outer portion of the nostrils that are difficult to remove. Breathing through the nose is difficult and violent sneezing often occur as a result. They may also have a sore throat which makes swallowing difficult. The symptoms are usually better in warm conditions and worse in the morning.

This remedy is indicated for dogs with watery, irritating, and sometimes yellowish nasal discharges. Sneezing is frequent, and the dogs may also rub the nose and the eyes because of the burning irritation. They are thirsty and have poor appetite. Early morning tends to be the worst.

Dogs needing this remedy are not thirsty; they are affected with bland, greenish-yellow nasal discharges that obstruct the nose and fill the eyelids. Besides sneezing, the dogs also have itchy eyes and an irritating cough. The symptoms worsen in a warm, stuffy atmosphere and in the evening.