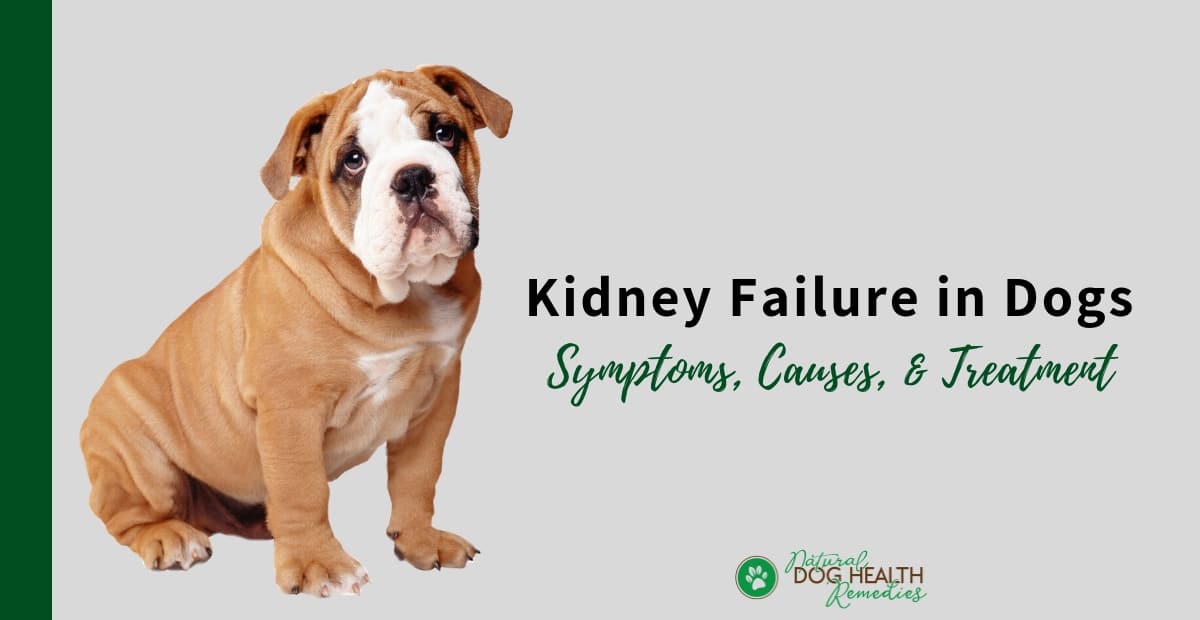 The kidneys are responsible for various functions. The main ones being regulating fluid, electrolyte, and acid-base balance, and filtering and excreting metabolic wastes as urine.

In addition, kidneys regulate blood pressure and the production of calcium and phosphorus metabolism.

As kidneys perform numerous tasks and are in themselves fragile organs, they are often the first body organ to break down in older dogs.

What is Kidney Failure in Dogs?

Kidney failure is a condition in which the dog's kidneys have become unable to remove wastes from the blood, leading to a buildup of toxins in the blood.

A dog with kidney failure shows signs and symptoms of uremic poisoning.

Causes of Kidney Failure in Dogs

Acute kidney failure happens suddenly, and is usually the result of poisoning of some type, such as antifreeze poisoning, raisin or grape poisoning, or certain medications, such as some antibiotics and chemotherapy drugs.

Dehydration (because, for example, the dog has no access to fresh clean water) can also cause acute kidney failure in dogs.

Chronic kidney failure is more common in dogs and is usually a slow, progressive disease that unfortunately often goes undetected for quite some time.

When the kidneys have lost 70 to 75 percent of their cells, it is considered that kidney failure has begun. Up until this point, although kidney cells may be deteriorating or dying gradually, the proper functioning of the kidneys usually remain intact and the cell loss is therefore unnoticed.

As dogs with chronic kidney failure usually do not show symptoms until they have lost 75 percent of their kidney functions, it is often impossible to cure the disease at that stage.

However, once diagnosed, at least we can slow down the progression of the disease with proper treatment and care.

For some reason, some breeds are more susceptible to hereditary kidney failure. For example:

Symptoms of acute kidney failure usually come on rather quickly. The dog will completely lose his appetite, may vomit, and you will notice that he has suddenly become lethargic.

You may also see the following symptoms:

* To test for dehydration in dogs, gently pull the skin away from your dog's back. If the skin does not immediately spring back, the dog may be dehydrated.

Diagnosis involves a blood test and a urine test.

As the functions of the dog's kidneys deteriorate, excessive amounts of nitrogen, acids, ammonia, and other chemical wastes are retained in the dog's blood and tissues - a condition called uremia.

The degree of uremia is determined by a blood test that measures the blood urea nitrogen (BUN), creatinine, and electrolytes.

One common treatment is subcutaneous fluid therapy. If your dog is suffering from chronic kidney disease, your veterinarian's office will most likely train you to do this at home.

Here is a video that shows you how to prepare a subcutaneous (SQ) fluids bag:

Dietary change is another crucial way to control kidney disease in dogs. 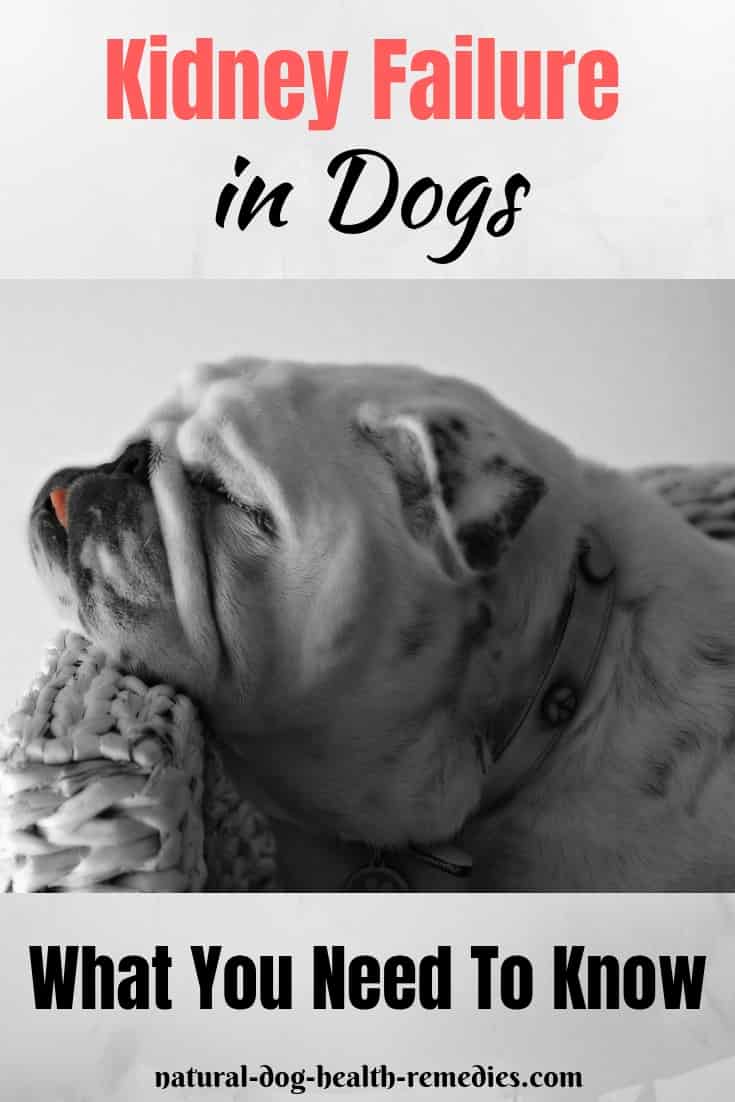 Some studies suggest that a low-phosphorus diet supplemented by calcium is beneficial to dogs with chronic kidney failure, since the diet can reduce the chances of kidney crystal and stone formation, thereby slowing down the deterioration of the kidneys that eventually leads to kidney failure.

Some veterinarians may suggest low-protein diets for dogs with chronic kidney failure as they generate fewer nitrogenous wastes. The down-side of low-protein diets is that the dog may not be able to get sufficient nutrients from the foods.

Many vets now agree a low-protein diet is necessary ONLY if the dog has uremia.

If the dog is not uremic, instead of a low-protein diet, many holistic vets suggest a low-phosphorus diet with moderate amount of high-quality protein sources, such as organic meats (e.g. turkey, chicken).

(I have written an article on Dog Kidney Failure for my old dog site. Please check it out.)

While natural remedies such as herbs and homeopathic remedies cannot reverse chronic kidney failure in dogs, they are extremely helpful in managing kidney conditions and supporting kidney functions. Using some of these remedies can help slow down the progression of the disease.