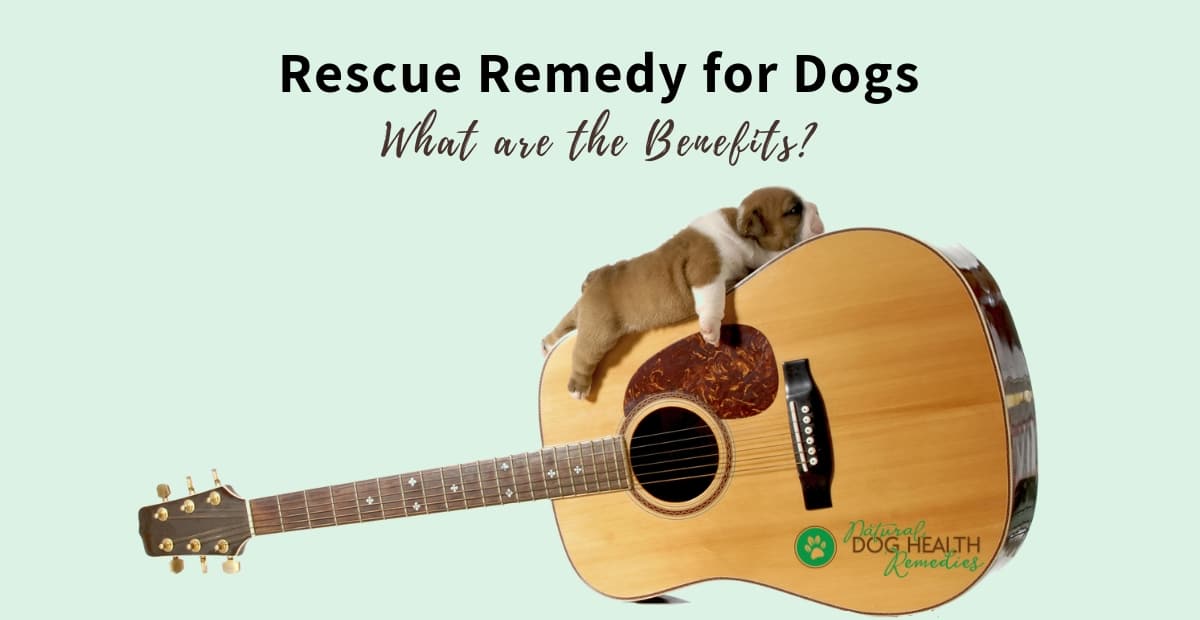 You may have heard of Bach's Rescue Remedy, or you may even have used it on yourself.

Did you know that Rescue Remedy could also be used on dogs? If your dog always gets nervous and stressed before going to the vet, or during grooming, you may want to consider using this natural remedy to help him calm down.

Interested in knowing more about Rescue Remedy for dogs? You have come to the right place! This page looks at the following topics:

What Exactly is Rescue Remedy?

Rescue Remedy is a combination of five different flower essences, which work synergistically to reinforce their effects.

Rescue remedy has been described as "a first-aid kit in a bottle" and is often used by vets and animal handlers to calm pets and animals (e.g. birds, horses, lambs, etc.) before examining them, before and after surgery and other treatments.

When Should You Use Rescue Remedy on Your Dog?

Rescue Remedy for dogs is extremely effective in calming dogs that are stressed, nervous, or in shock due to stressful situations such as the following: 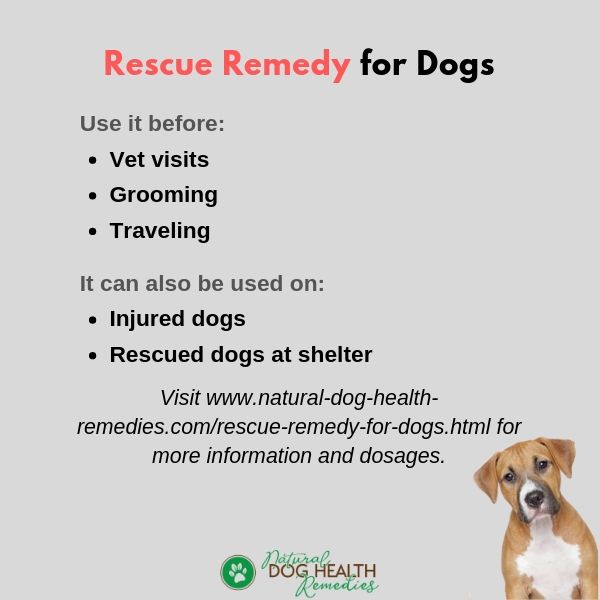 How & How Much To Give Rescue Remedy to Dogs 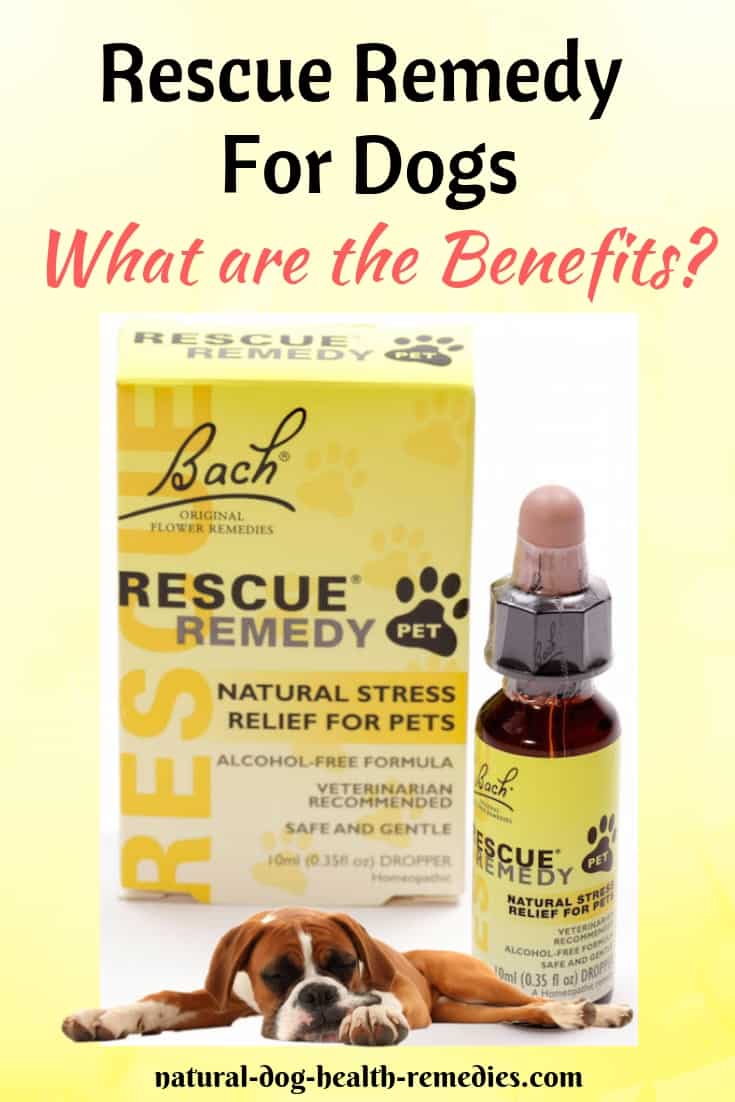 Rescue Remedy in liquid form is usually given orally. The recommended dose is 4 drops in water, or if no water is available, two drops directly on the tongue. Be careful, though, not to let the dropper touch the dog's tongue or mouth as the Remedy will be contaminated.

Rescue Remedy for dogs can also be applied externally (especially when the dog is unconscious). It can be rubbed into the gums, lips, or skin.

In emergency situations, dosage will vary depending on the severity of the condition. Below is a list of guidelines provided by vets who have successfully used Rescue Remedy in emergencies:

Is Rescue Remedy Safe for Dogs?

Rescue Remedy for people is alcohol based and some dogs may not like the taste, and many dog parents do not want to give anything that contains alcohol to dogs.

Fortunately, there is a Bach Rescue Remedy for Pets that is glycerin based and is safe for use on animals.

Rescue Remedy is NOT a replacement for veterinary care. While it helps a dog get over initial shock, further treatment may still be needed and should be obtained without delay.