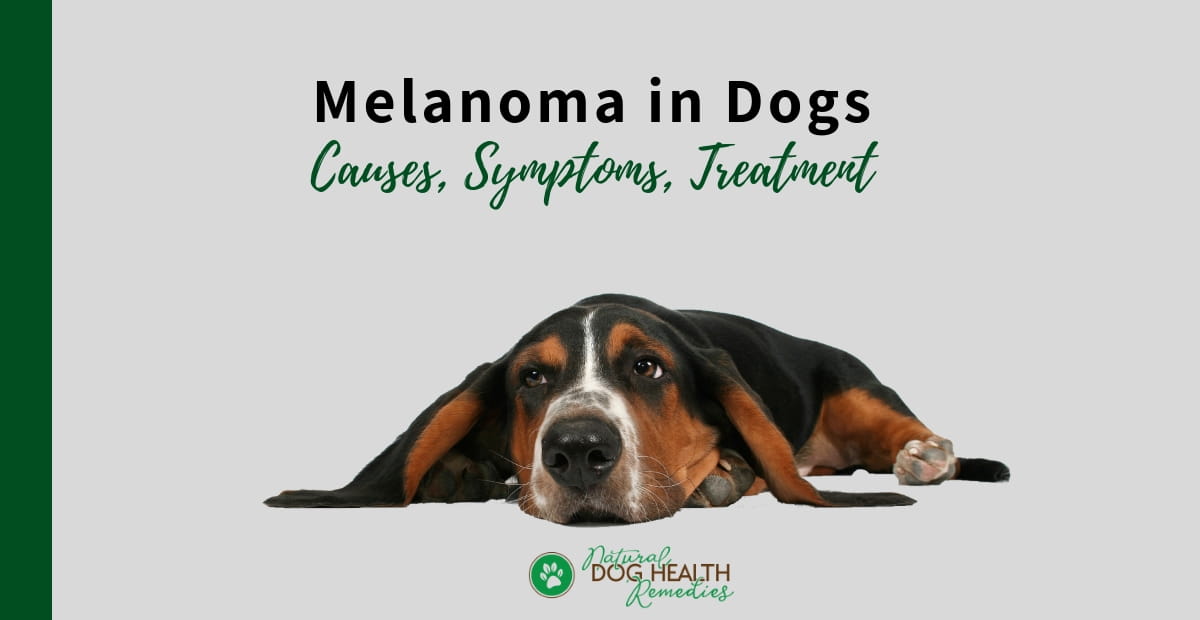 Melanomas are tumors arising from melanocytes. Melanocytes are skin cells that produce pigment and color of the skin.

Melanoma in dogs is a common form of skin cancer. These tumors can originate from various parts of the dog's body, but mostly the mouth, the skin, and the toes.

Canine melanomas tend to be malignant when found in the mouth, on the toes and under the eyes. They can also spread to other organs quite fast. Common sites of metastasis include the lungs, liver, the lymph nodes, and adrenal glands.

As mentioned above, melanoma tumors can arise in different parts of a dog's body, but the three most common places are:

This is the most common form of melanoma in dogs.

Oral melanoma usually occurs in older dogs. The average age of diagnosis is around 10.5 to 12 years old. For some reasons, male dogs are more predisposed to this form of mouth cancer than females.

Melanoma in the mouth is highly locally aggressive. It means it can spread quickly into the jaw bones and regional lymph nodes. Sometimes, the cancer will metastasize to the lungs and other organs as well.

Depending on the tumor and stage of the cancer, a dog diagnosed with oral melanoma has a survival time of less than 36 months.

For dogs that have melanomas in the mouth, they usually show some of the following signs:

The second most common form of canine melanoma is digital melanoma. The tumor may occur in the nail bed or on the foot pads.

The first sign of this type of melanoma is lameness. If your dog has digital melanoma, you may notice that he walks with a limp. If you examine his paws closely, you may find an ulcerative tumor on the affected paw, or a swollen toe.

This form of melanoma is locally invasive and can easily spread to the regional lymph nodes.

If diagnosed early, amputation of the affected toe is the preferred treatment.

Provided there is no metastasis, a dog can survive from 12 months to up to 2 years after toe amputation.

As mentioned above, melanoma tumors that occur on the skin are mostly benign.

But how can you tell whether a tumor is benign or malignant?

Benign tumors are usually well-defined single growths. They are small and firm, may or may not be pigmented, and are freely movable.

Benign melanoma skin tumors usually occur on the face (near the eyelids), the trunk, and extremities.

Malignant skin tumors normally occur on the head, the belly, and the scrotum. They can metastasize to the lungs and lymph nodes. Sometimes, the cancer can also spread to other parts of the body, such as the heart, brain, and spleen.

Symptoms of Canine Melanoma that Has Spread

When the cancer grows and metastasizes to the lungs, the dog patient will start coughing (you may see blood being coughed up) and showing respiratory problems such as breathing difficulty.

At the same time, the melanoma tumor itself enlarges and may become ulcerated, causing secondary infection to occur.

(A visitor to our Cancer Forum wrote how aggressive and terrible canine melanoma was. You can read about her dog's fight against melanoma here.)

What are the Causes and Risk Factors?

The exact causes are not known. Unlike in people, dogs do not normally get skin cancer as a result of over-exposure to the sun.

Some veterinarians suspect that injuries to the skin or constant stress and trauma to the skin as a result of excessive scratching or licking can cause skin cells to divide and multiply frequently.

During cell division, there may be sudden changes in genetic structures causing cancerous cells to form.

It seems that the following breeds tend to be affected by melanomas of the skin and toes:

The following breeds tend to be affected by melanomas in the mouth:

Diagnosis of Melanoma in Dogs

How to Treat Melanoma in Dogs 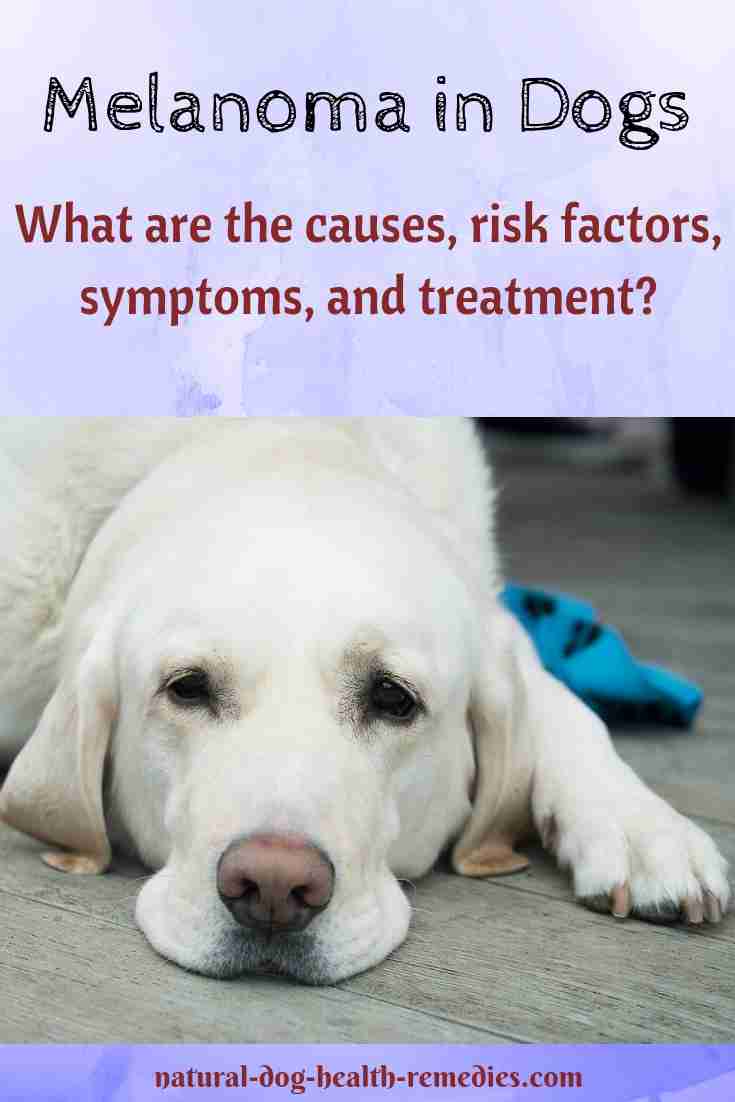 Treatment naturally depends on the stage of the cancer and location of the tumor, and may include the following:

The treatment of choice is surgery for skin and digital melanomas.

On the skin, if a single tumor is found before metastasis, complete removal of the tumor can be achieved. Removing a toe with melanoma can also result in curing the dog of the cancer.

However, melanomas that are found in the mouth are more difficult to deal with. Due to metastasis, these tumors are most often fatal unless prompt treatment is given to keep the cancer from spreading.

Injection of chemotherapy into the tumor in addition to radiation can be used. Systemic chemotherapy can usually delay the growth of the tumor and can also relieve some of the symptoms caused by the cancer.

There is now a vaccine called Oncept® Canine Melanoma Vaccine DNA that is available for dogs with oral melanoma.

The vaccine works by injecting a protein into the body, alerting the immune system to the presence of the melanoma tumor protein. In other words, it is a type of immunotherapy.

This product is manufactured by Merial and is being used in dogs with Stage II or III oral melanoma. It is used in conjunction with surgery and/or radiation to prolong survival time.

It has been found that combined with surgery and this vaccine, average survival time of dogs with oral melanoma can be up to 20 months or longer. A study in the UK also found that 3 dog patients with Stage IV oral melanoma survived from 171 to 288 days after immunotherapy.

See the video below for more information on this vaccine: