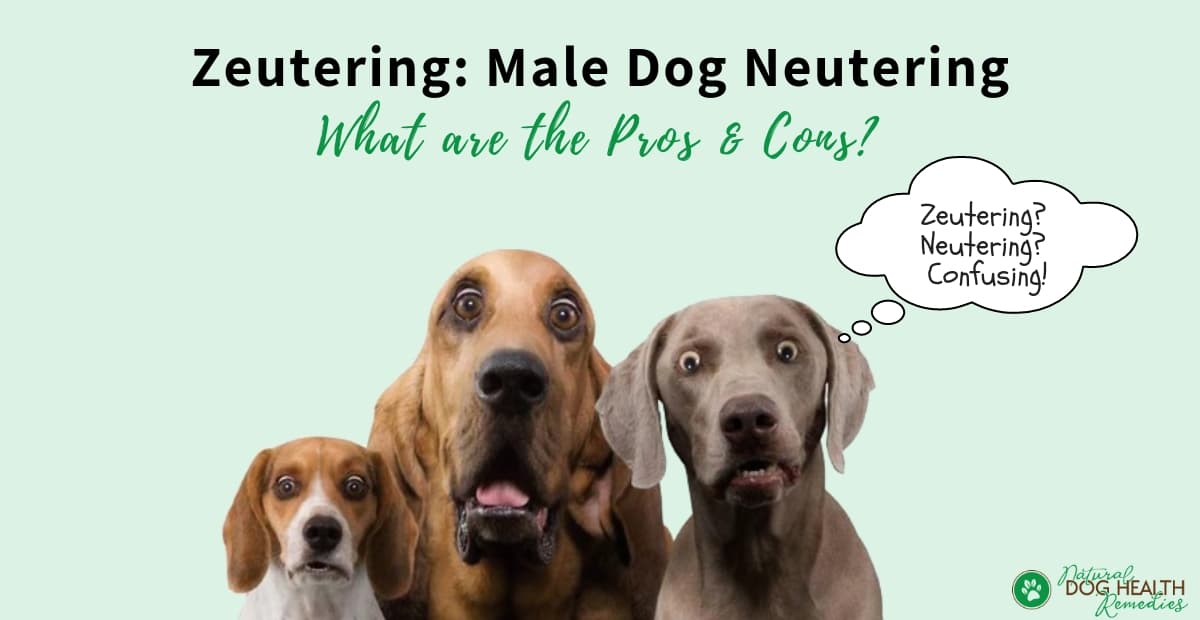 Some dog parents are hesitant to have their dogs neutered, as they do not want to put their dogs under general anesthesia and the ordeal of surgery, both of which carry risks of complications.

If you are one of them, and have a young male dog, you may want to explore "zeutering", an alternative non-surgical neutering procedure for male dogs.

This page looks at the following issues related to this male dog neutering procedure:

Zeutering (zinc neutering) is a procedure that uses an injectable drug called Zeuterin®, which contains zinc gluconate and arginine. It works by causing permanent and irreversible tissue damage to the testicles, making the dog incapable of producing any new sperms.

The drug is injected into the center of each testicle using a small needle.

This male dog neutering procedure does not require general anesthesia, but sedation may be needed because the letter "Z" will be tattooed on the groin area to identify the dog as "zeutered".

Zeuterin® was developed by Ark Sciences, and it was approved for use in the U.S. by FDA in 2003. Some other countries (Bolivia, Columbia, Mexico and Panama) have already been using this drug under another name for some time.

Ark Sciences has put some limitations on the use of this procedure. They recommend it only to dogs between 3-10 months of age who have fully developed and healthy sex organs.

Pros and Cons of Zeutering

Just like the traditional neutering procedure, zeutering also comes with pros and cons.

Since the dog does not have to be put under general anesthesia, there is no risk of complications associated with anesthesia.

The time for recovery is shorter.

The procedure is rather painless.

The cost is lower than surgery, making zeutering a more affordable procedure for shelters.

As safe as it may seem, zeutering does come with possible side effects, the most common ones being scrotal pain and irritation after the procedure. Other side effects may include vomiting, diarrhea, appetite loss, and lethargy.

The biggest difference between surgical castration and this male dog neutering procedure is the production level of testosterone. 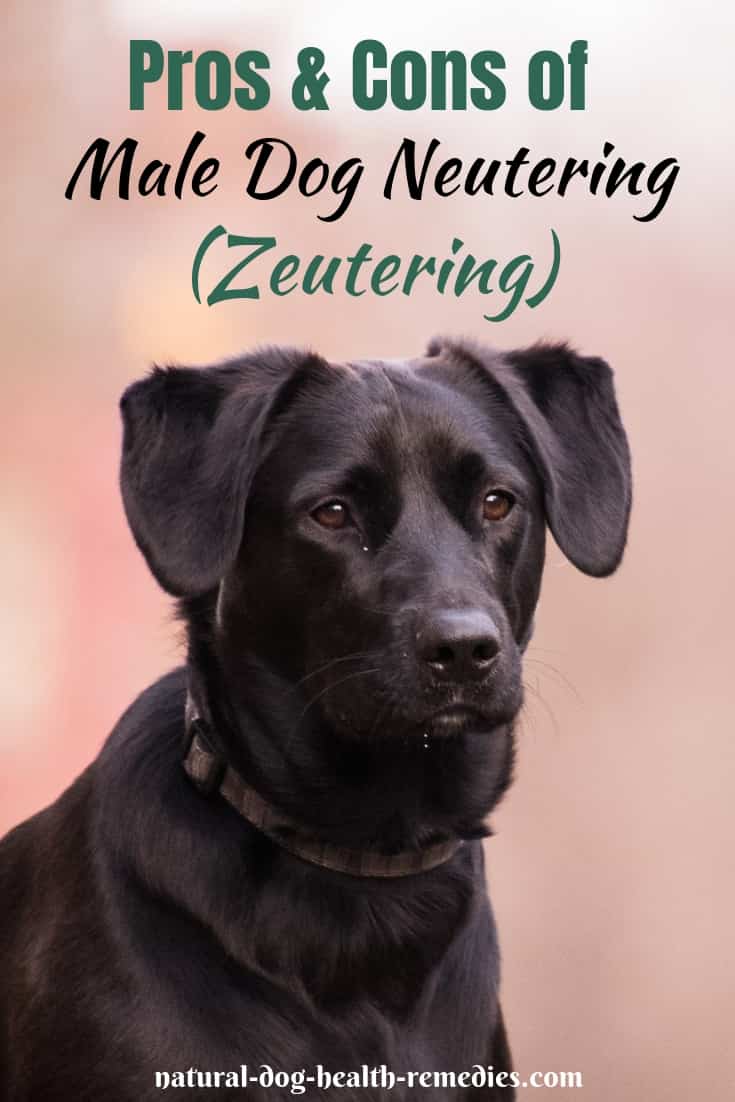 While the traditional surgical castration renders the hormone production level to almost zero, zeutering only reduces testosterone production by 41-52%.

As we all know, testosterone is responsible for all the undesirable behaviors of male dogs, such as roaming, marking, mounting other dogs, and so on. It is not quite clear yet how much a 50% reduction of the hormone will reduce these behaviors.

On the flip side of the coin, it has become clear that there is a connection between hormones and the long-term health of a dog.

For example, some studies have found that there is a correlation between neutering and an increase in the risk of developing certain types of cancer (e.g. prostate, hemangiosarcoma, osteosarcoma) later on in the dog's life.

Then again, it has also been found that neutering can lead to a longer life, despite the cancer risks, and a reduced chance of death by infection.

In the end, it is up to the individual dog parent to decide whether or not to neuter their dog, and if so, which procedure to use. As you can see from the above discussion, there are pros and cons for each procedure and it all comes down to what is more important to you.

If you do select zeutering, however, make sure that you choose a veterinarian who has successfully completed the training offered by Ark Sciences and is certified in the procedure.