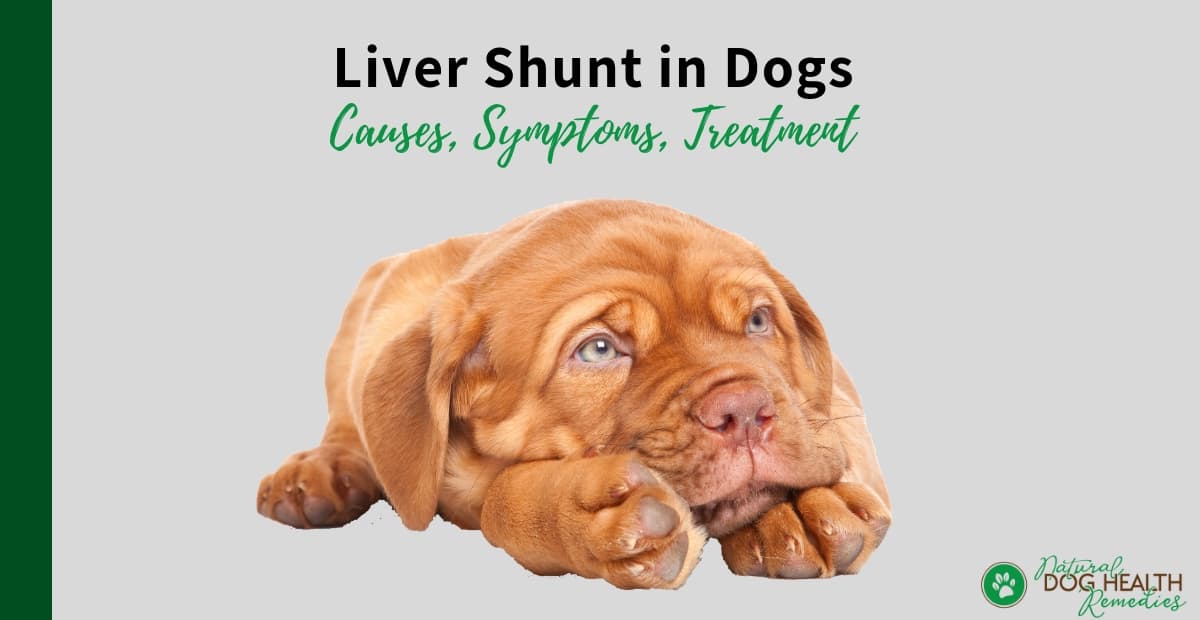 What is Liver Shunt?

"Portosystemic shunting" (PSS) or liver shunt is a condition in which the blood-flow to and from the dog's liver has been compromised.

Specifically, liver shunt causes blood to flow around the liver, not through it, resulting in blood bypassing the liver.

There are two types of liver shunt in dogs:

Congenital shunts are more common in dogs than acquired shunts.

When a dog fetus is developing inside the mother's uterus, it requires the help of the mother's liver for liver functions, such as detoxification, protein production, and storage of glucose. Dog fetuses do not have a functional liver until the end of gestation.

Toward the beginning of gestation, there is a "naturally-occurring" liver shunt (a blood vessel called "ductus venosus") that delivers blood through the dog's liver directly to the heart.

In normal circumstances, the large liver shunt (ductus venosus) closes down shortly before birth so that the puppy can be born with a fully functional liver that works on its own. When the shunt does not seal closed when the puppy is born, the puppy is said to have an "intrahepatic shunt".

An "extrahepatic shunt" occurs when there is a genetic abnormaly in which the blood flowing to the liver is re-routed around the liver instead of the blood going through the liver. This also occurs in-vitro when the puppy fetus is developing inside the mother.

Who are At Risk?

If a puppy has a congenital liver shunt, most commonly he will some signs by six months of age. However, shunts have been diagnosed in adults as old as 10 years. Female dogs are more susceptible to shunts than males.

Signs and Symptoms of Liver Shunt in Dogs

If a dog is suffering from a liver shunt, he lacks the necessary materials (particularly protein) to give him a ready source of energy and to help him grow. This causes the dog to be smaller and weaker than normal.

Also, the liver is unable to properly get rid of all the toxins, causing toxin buildup in the bloodstream or kidneys. Toxin buildup often causes seizures in dogs.

In addition, a dog with a liver shunt may also show the following symptoms:

There are other less common signs, such as: 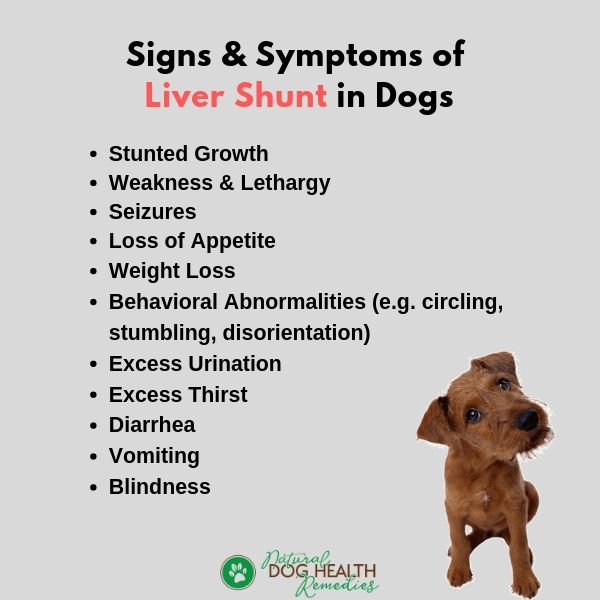 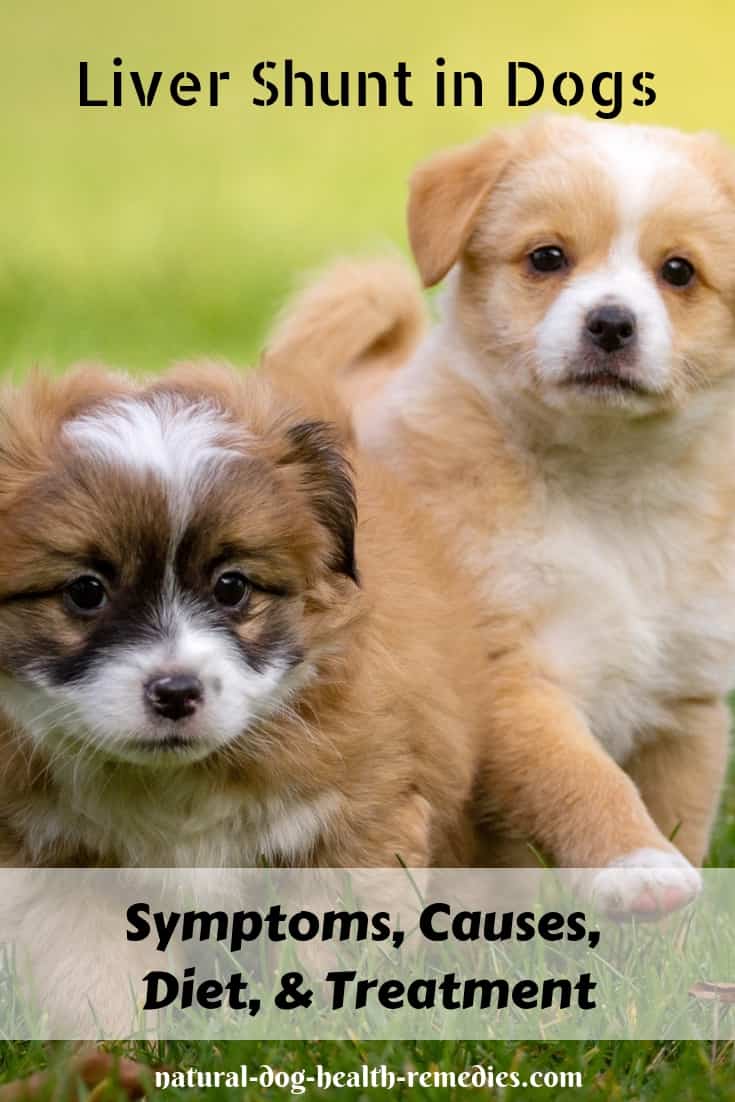 Initial diagnosis is through blood work. Blood urea nitrogen (BUN) and albumin concentrations in dogs with congenital liver shunts are usually low. Liver enzymes such as ALT and AST can be elevated.

However, these are not enough for a definitive diagnosis. The only definitive way to tell if your dog has a liver shunt and the only way to tell if it is an "intrahepatic" or "extrahepatic shunt" would be by some extra diagnostics, such as CT scan, MRI, ultrasound, or exploratory surgery.

Diet for Dogs with Liver Shunts

Giving a proper diet to your dog with liver shunt is extremely important.

Since the liver is responsible for removing toxic byproducts arising from protein metabolism, a liver that is not functioning properly will cause wastes and ammonia to accumulate in the dog's body.

For this reason, many vets suggest giving a protein-restricted diet to dogs with liver shunts.

However, according to Dr. Olson (author of Raw and Natural Nutrition for Dogs), proteins themselves are not the culprit. It is the ammonia that proteins produce that is the problem.

What it means for dogs with liver shunts is, they should be given high-quality, highly-digestible animal protein sources that produce the least amount of ammonia.

Examples of such protein sources include:

Red meats such as beef produce the most amount of ammonia and should NOT be given to dogs with liver disease such as liver shunts.

A diet for dogs with liver shunts should preferably be home cooked and should contain:

As it is important to get all the nutrients right and balanced, be sure to work with a canine nutritionist or a vet who has training in nutrition to design a balanced diet for your dog.

Natural Remedies That May Help

If your dog has been diagnosed with a liver shunt, but is otherwise acting fine, you may want to use natural remedies to help manage your dog's liver shunt problem.

Natural remedies such as herbs and antioxidant supplements can be used to help liver functions such as detoxification. Homeopathic remedies can also help the body detoxify itself. Please visit this page for more information.