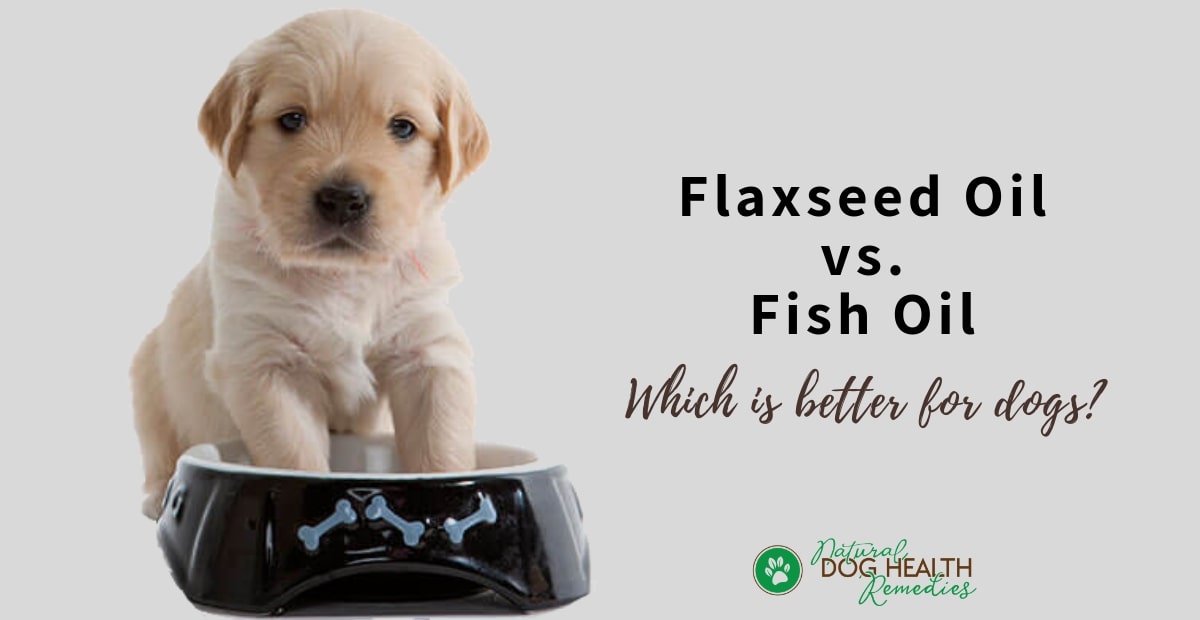 Recently a visitor to my site referred me to an article on another dog site. The article keeps touting the fact that flaxseed oil contains high quantities of Omega-3s and how much dogs can benefit from the oil.

What the article fails to do is to mention all the caveats, leaving readers (including the visitor who referred me to the article) the impression that flaxseed oil is an excellent oil to be given daily to dogs.

The visitor asked me, "So can I give flaxseed oil to my dogs instead of fish oil?"

The answer is simply "No".

Why Flaxseed Oil is No Substitute for Fish Oil

Here are the main reasons:

But isn't it true that Omega-3 is anti-inflammatory? If so, then flaxseed oil should be good for our dogs, right?

Flaxseed Oil for Dogs - What Do the Experts Say?

Many holistic vets and pet nutritionists are of the opinion that flaxseed oil cannot substitute fish oil. To quote just a few of them:

"EPA and DHA from fish oil and other marine sources are far better sources of omega-3s for dogs than plant-based ALA... Therefore, they should consume EPA and DHA directly to gain maximum benefit." (Dr. Dodds, D.V.M., author of Canine Nutrigenomics - The New Science of Feeding Your Dog for Optimum Health).

"While flaxseed oil has been suggested as a substitute for fish oil, there is no evidence that it is effective when used for the same therapeutic purposes as fish oil." (Shawn Messonnier, D.V.M., author of The Allergy Solution for Dogs).

"Although flaxseed oil is often touted as a substitute for fish oil, new studies show it's not a reliable alternative and, in fact, can be harmful. According to the study published in 'American Journal of Clinical Nutrition' flaxseed oil is found very less effective against inflammatory conditions." (Paul Jacobson, Pet Food Nutritionist).

"...flaxseed oil provides limited benefits for most dogs, although it may help with dull, dry coat in some dogs... No plant oil can replace the need for fish oil (or fatty fish) in the diet." (Mary Straus, in an article published in the Whole Dog Journal, November 2012).

"Due to the slow and low conversion rate of ALA to longer-chain omega-3 PUFA, and the lower effectiveness of ALA in maintaining normal neurological function in the healthy dog and cat, it seems prudent to pursue a more direct approach. The value of supplementation with fish oil to obtain presumably therapeutic levels of EPA and DHA is increasingly recognized." (Dr. Jennifer Larsen, 2011 ACVIM national meeting presentation - http://www.vscsturbridge.com/detailed-look-omega-3-fatty-acids/)

"Although ALA can be converted to EPA, which can then be elongated to DHA, in dogs the conversion of ALA to EPA is less efficacious than providing dietary EPA. For DHA this effect is even more pronounced than for EPA, since the conversion rate is even lower." (https://www.ncbi.nlm.nih.gov/pmc/articles/PMC3213045/)

As you can see, on the surface, the cheaper flaxseed oil may seem like an attractive alternative to the more expensive fish oil, but if you investigate further, you will realize that it is not so simple!

But Is Flaxseed Oil Good For Dogs At All? 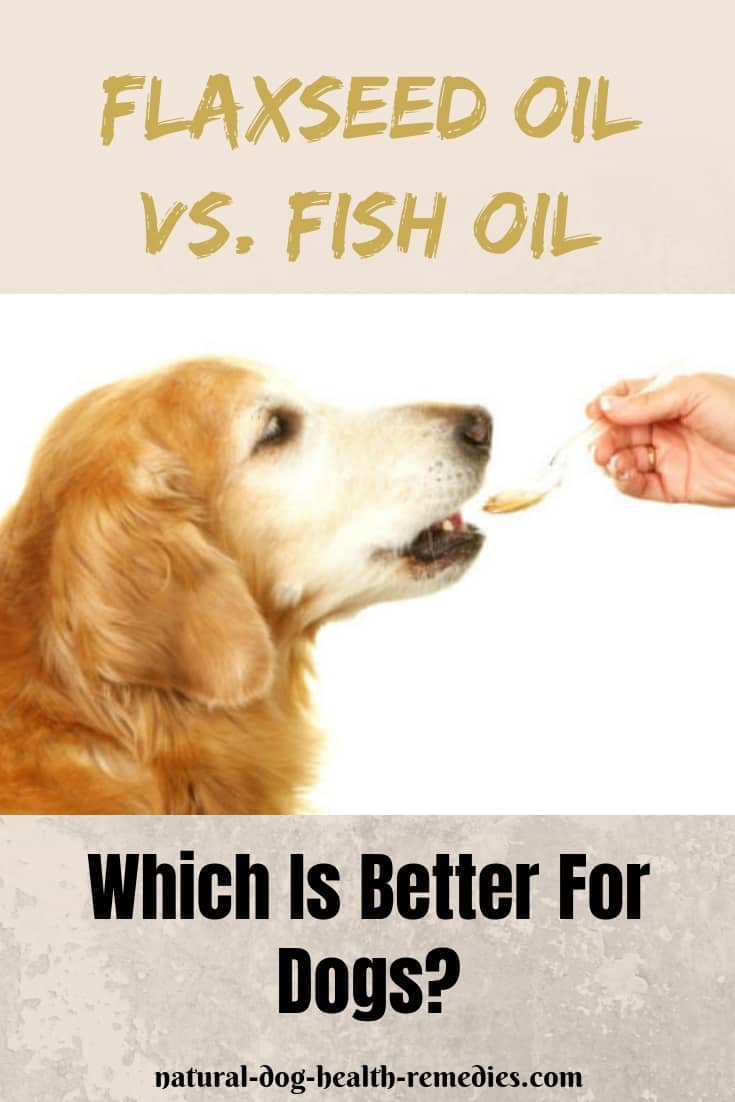 It is commonly agreed that flaxseed oil can improve the coat and skin conditions of some pets.

In addition, when mixed with cottage cheese (Budwig diet), flaxseed oil may help dogs with cancer.

So yes, flaxseed oil does have some limited benefits to dogs.

How about lignans in flaxseeds? Aren't lignans beneficial to dogs? You may ask.

Lignans are beneficial (e.g. to dogs with Cushing's disease, or even for cancer prevention), but pure flaxseed oil does not contain lignans! Lignans are found in the flaxseed hulls. If you want to give your dog lignans, you should get flax hulls, instead of flaxseed oil.

*If you want to know more about the various benefits of essential fatty acids for dogs, see this page.