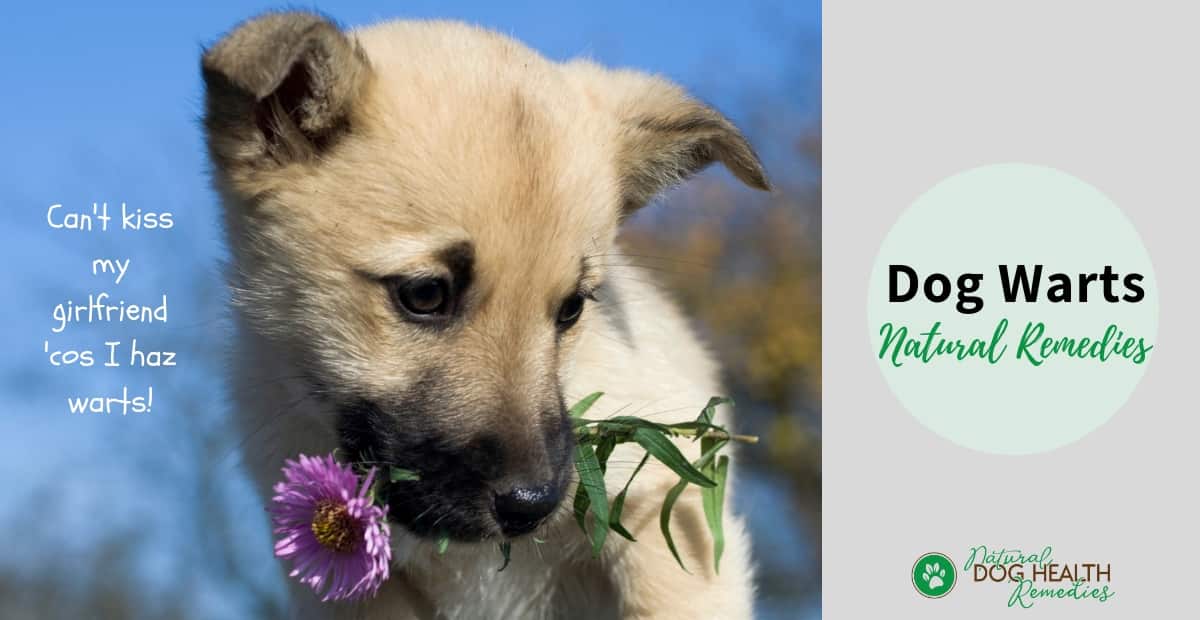 Warts, also known as "cutaneous papillomas", can be found quite often in puppies, as their immune systems are not mature. Aging dogs also get warts because many older dogs have weakened immune systems.

There is usually more than one wart in an affected dog. It's hard to imagine, but sometimes you may find as many as 50-100 warts on a dog! 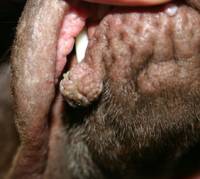 Initially, warts on dogs are usually small in size and the color is generally pale and pinkish. Over 4-6 weeks, they grow in size, become rough and grayish-white, and have the appearance of a cauliflower. Sometimes we can also find warts that are deeply-pigmented.

The warts usually are found on the dog's face, along the lips, inside of the mouth, and occasionally even on the eyelids, the surface of the eye, or between the toes.

If a large number of warts are developed in the mouth, the dog may show signs of appetite loss, excessive drooling, and may have difficulty eating.

Most warts on dogs are caused the virus called Papillomavirus (PV).

Warts are contagious among dogs, but not between species (so you or your cat won't be infected by your dog's warts.)

The infection is transmitted through direct contact with the virus on an infected dog or in the dog's environment. It may take months after exposure to the virus for a dog to develop warts.

Warts caused by the virus are, most of the time, benign (non cancerous) and will generally go away by themselves in several weeks or months (around 6 to 12 weeks).

In very rare occasions, however, the warts may turn into a malignant growth (e.g. squamous cell carcinoma).

Vaccinosis (Diseases that occur as a result of over-vaccination)

Warts may also be the result of a dog's reaction to vaccinations.

Many holistic veterinarians believe that a lot of dog health problems are the result of over-vaccination.

They have observed and documented various long-term effects of over-vaccination, most of which include the skin, such as skin eruptions like warts and similar growths, and allergic skin irritations (such as itching).

Conventional Treatment for Dogs with Warts

Since the warts will generally disappear by themselves over a period of time (about 6 to 12 weeks), treatment is not necessary most of the time.

However, if the warts are causing eating difficulty, they can be removed either surgically or by cryosurgery (freezing the tissue).

Dogs with warts should be kept separate from other dogs, especially those that are prone to develop warts, such as puppies.

Also, dogs with warts in their mouths should not share drinking bowls with other dogs.

When to See a Vet?

Warts usually are harmless and go away by themselves in a couple of months. But we should watch the warts carefully just the same. Seek veterinary treatment if:

A sudden change either in size, coloration or appearance may mean that the wart has turned cancerous, although a change in the wart may also be due to other causes, such as an infection.

How To Get Rid Of Dog Warts At Home

You can try to use some of these simple home remedies to get rid of dog warts: 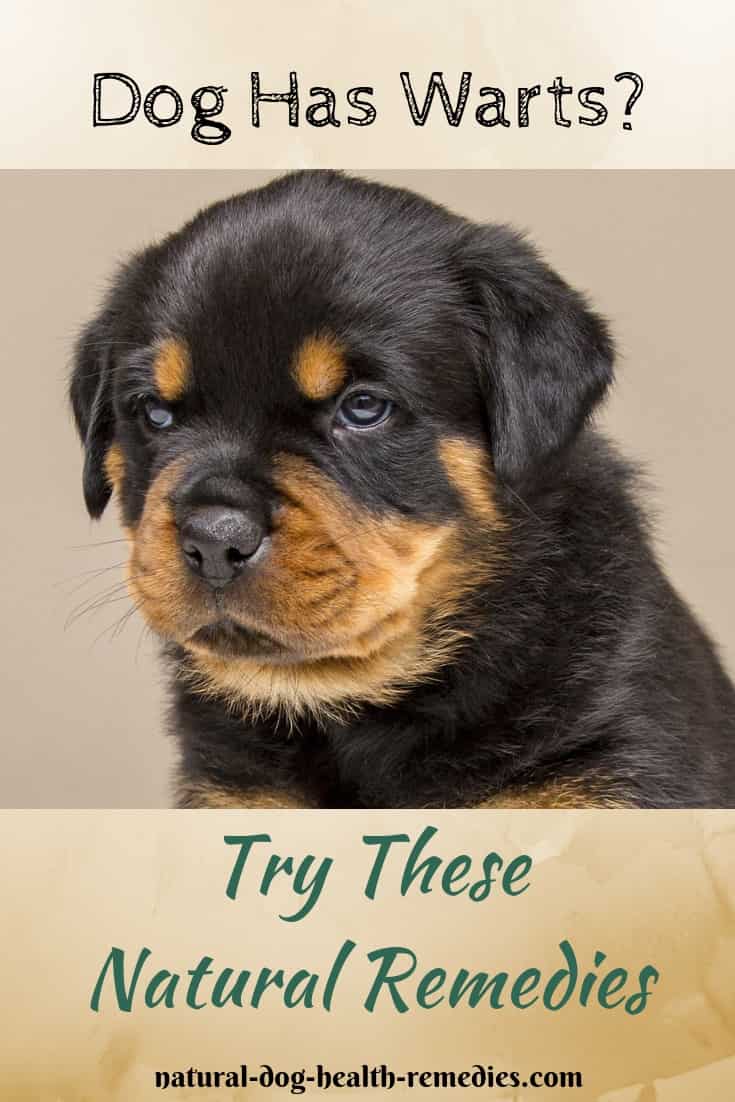 Castor oil can be applied directly to the warts. It softens the lesions and reduces irritation (such as itchiness) caused by the lesions.

You can also puncture a capsule of vitamin E and apply it directly to the dog warts. Regular application (for at least 2 to 3 weeks) can reduce the wart size significantly.

The homeopathic remedy Thuja is a very effective remedy for vaccinosis. This remedy is especially effective for skin problems such as warts, cysts, and other skin lumps.

A Good Product of Thuja

How About Apple Cider Vinegar?

I have read some anecdotal reports from dog parents saying that applying apple cider vinegar to the warts and covering them with duct tape could get rid of the warts quickly.

However, I have also read on the Whole Dog Journal that ACV is not quite effective when it comes to getting rid of warts.

So... the jury is still out about the effectiveness of ACV on dog warts. If you have tried using this remedy, please share your experience below.

Here are some of the things that you can do to prevent or at least minimize the chance of warts growing on your dog:

Watch this video for more information on dog warts: