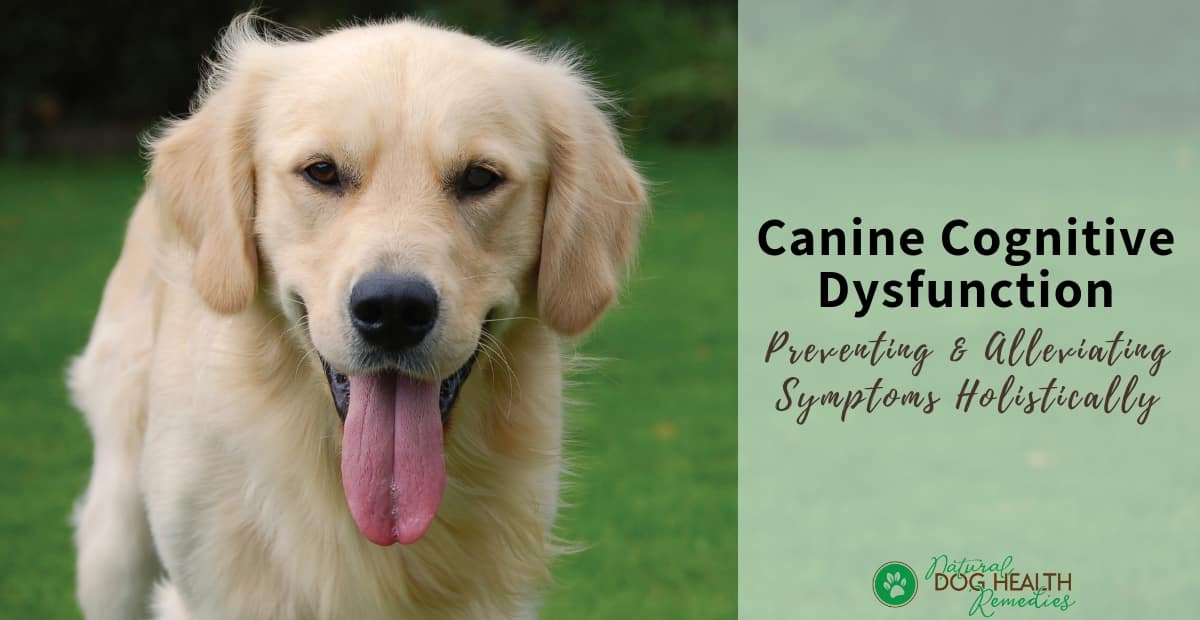 When a dog gets older, their cognitive functions may change. This could cause a change in their behavior.

In a pet owner study, nearly half of all dogs aged 8 years and older showed at least one sign of canine cognitive dysfuntion syndrome.

What Causes Dementia in Dogs?

The exact cause of this syndrome is not clearly known. However, it appears that physical and chemical changes in the dog's body caused by oxidative stress affect the brain function of the dog.

The brain is highly vulnerable to oxidation, which can cause damage and death of neurons, resulting in cognitive dysfunction.

Microscopically, it has been found that dogs with dementia have abnormal protein accumulations in their brain, and blood vessels of the brain become visible. Ultimately, these abnormal brain conditions interfere with proper nerve transmission, resulting in behavioral changes in the older dogs.

The top most visible signs and symptoms of dementia in dogs include:

What is the Life Expectancy of Dogs with Dementia?

In a study, it was found that:

The study stated that dogs with dementia could have a "good chance of living a full lifespan if supported by the veterinarian and the owner."

It seems that key here is "early intervention". To maintain the dog's quality of life, early treatment is essential. Therefore, if you notice any of the above signs of dementia in your dog, take the dog to the vet immediately for diagnosis and treatment.

The drug Selegiline (Anipryl®) has now been approved by the FDA for treating this old dog condition. Most dogs are prescribed one tablet per day.

While effective in some dog patients, the drug can cause some side effects in others, including appetite loss, increased water intake, vomiting, anemia, as well as signs of confusion, disorientation and restlessness - symptoms that we want to get rid of in the first place!

If no side effects are shown, the dog has to keep taking this medication for the rest of his life.

As this drug Anipryl is rather expensive and may cause side effects, if your older dog is showing signs of dementia, you may want to work with a holistic vet to see if your dog can benefit from natural alternative remedies.

Quite a few herbs and nutritional supplements can be used to help dogs with dementia. They include:

This contains the entire B-complex, including 80 mg of Choline citrate.

Living with a Dog with Dementia

Living with a dog with dementia of course is challenging, but with a bit of preparation and a lot of love, it is doable. Here are some suggestions:

If you are the parent of an older dog (7 years or older), and are concerned about the possibility of your dog developing dementia, please take action now! Prevention is always better than cure.

One of the most important thing to do is to minimize inflammation in older dogs (minimizing inflammation may prevent or decrease the incidence of dementia as well as many other disorders, including cancer).