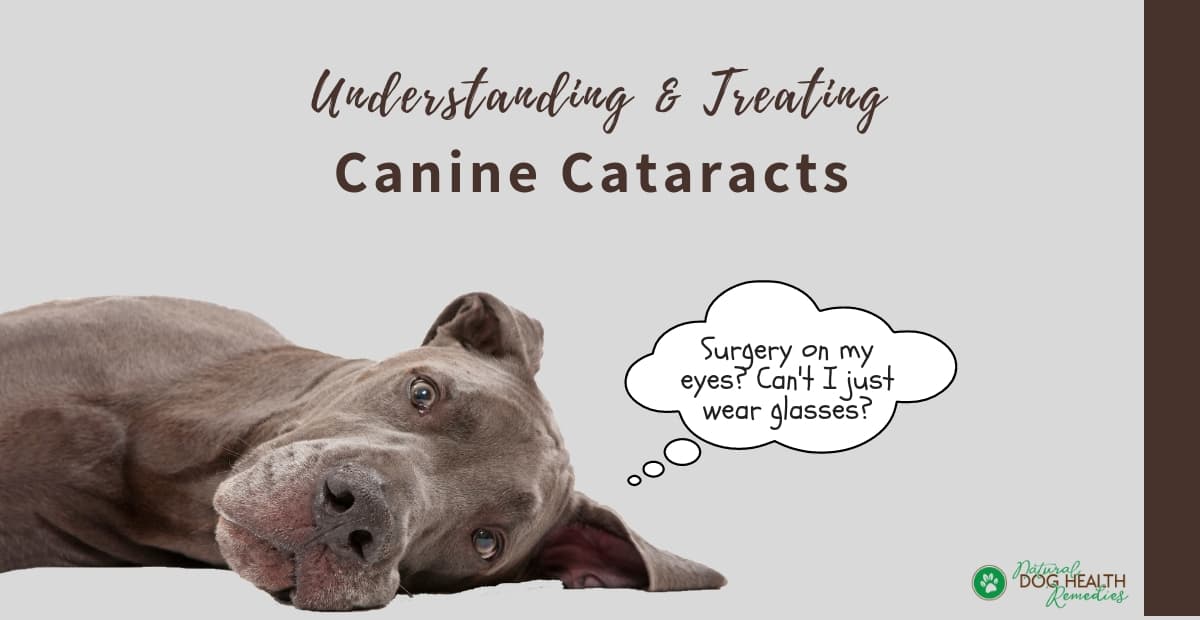 Like people, dogs suffer from cataracts too. A cataract is simply any opacity or "clouding" in the lens. A healthy lens consists of 66% water and 33% protein, and under normal conditions, this water/protein ratio is always kept in balance.

Cataracts occur when the biomechanical system in the lens is changed or damaged, resulting in the formation of large amounts of proteins in the lens.

The extra proteins cause the lens to lose its transparency, making the pupil of the eye appear cloudy or milky white.

Stages of Cataracts in Dogs

When a cataract starts to develop, the clouding is insignificant and usually does not affect your dog's vision. Cataracts at this stage are referred to as "incipient cataracts".

When a cataract becomes bigger and starts to cloud a larger area of the lens, it causes some blurred vision. Cataracts at this stage are referred to as "immature cataracts".

Over time, the entire lens can become cloudy and the dog will lose all vision in that eye. Cataracts at this stage are referred to as "mature cataracts".

Not all cloudy eyes are as a result of cataracts.

A much more common condition known as nuclear sclerosis (NS), which occurs when eye tissues become harder and more rigid over time, can make the eyes look slightly bluish gray.

Nuclear sclerosis is a normal physical change that occurs in the lens of older dogs (over 6 or 7 years old) and it usually occurs in both eyes at the same time.

Unlike cataracts, NS does not have a serious effect on a dog's vision and no treatment is needed.

Types and Causes of Cataracts in Dogs

There are three types of canine cataracts:

Some puppies are born with cataracts and this type of cataracts is called congenital cataracts.

Usually congenital cataracts occur in both eyes and are either inherited or caused by infections or toxins while the puppies are still unborn.

Congenital cataracts affect quite a few breeds of dogs (around 75 breeds in total), such as the Golden Retrievers, Labrador Retrievers, Rottweilers, Cocker Spaniels, Miniature Schnauzers, Standard Poodles, Siberian Huskies, among others.

Like us, dogs also develop cataracts when they become older (often after 6 or 7 years old). 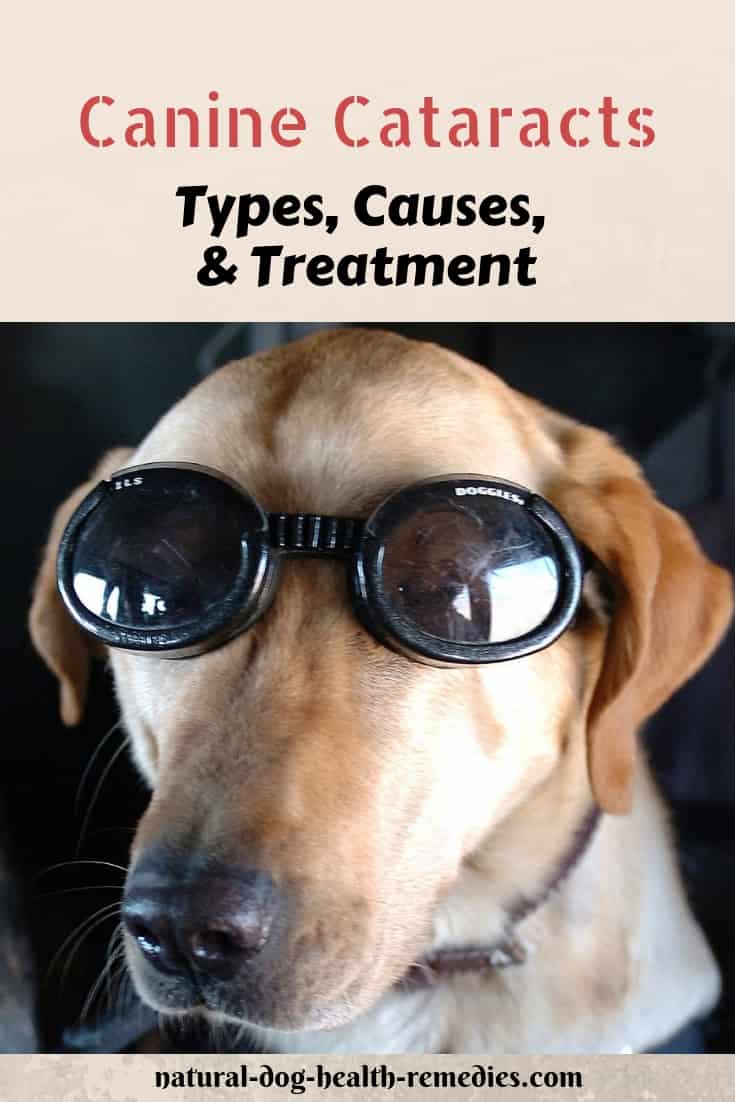 If your dog has been diagnosed with cataracts, it is advisable to consult a veterinary ophthalmologist to see if your dog is a suitable candidate for surgery.

If surgery is suggested, then it should be done as soon as possible before the cataract develops into a mature one, since the surgical outcome is better for immature cataracts.

Your dog will have to be put under general anesthesia for the surgery. If you have an older dog, it is advisable to ask your vet to do a blood test to see if your dog's liver is healthy since the anesthetic drugs are metabolized by the liver.

Cataracts typically cause eye inflammation, so if your dog has an inflamed eye, it has to be treated (by either steroidal or non-steroidal eye drops) before the cataract surgery.

This treatment for cataracts in dogs is becoming more common and very often has a very high success rate, in which the dog can see close to normal.

A study in 2011 was done on dogs with cataracts. It divided 44 dogs into 3 groups and compared the outcomes for each group:

The study found that regardless of the stage of cataract a dog had, the chance of success was 4 times higher for eyes undergoing phacoemulsification than for eyes that received medical management only.

This shows that if a dog is diagnosed with cataracts, prompt surgery should be the preferred treatment for the dog to restore normal or near-normal vision.

Are There Any Risks?

As in all surgical procedures, there are some risks and possible complications.

Note that remedies such as herbal eye drops and vitamins cannot cure cataracts in dogs.

However, proper use of some natural supplements can greatly help prevent or delay the onset of cataracts. Read this article for more information.