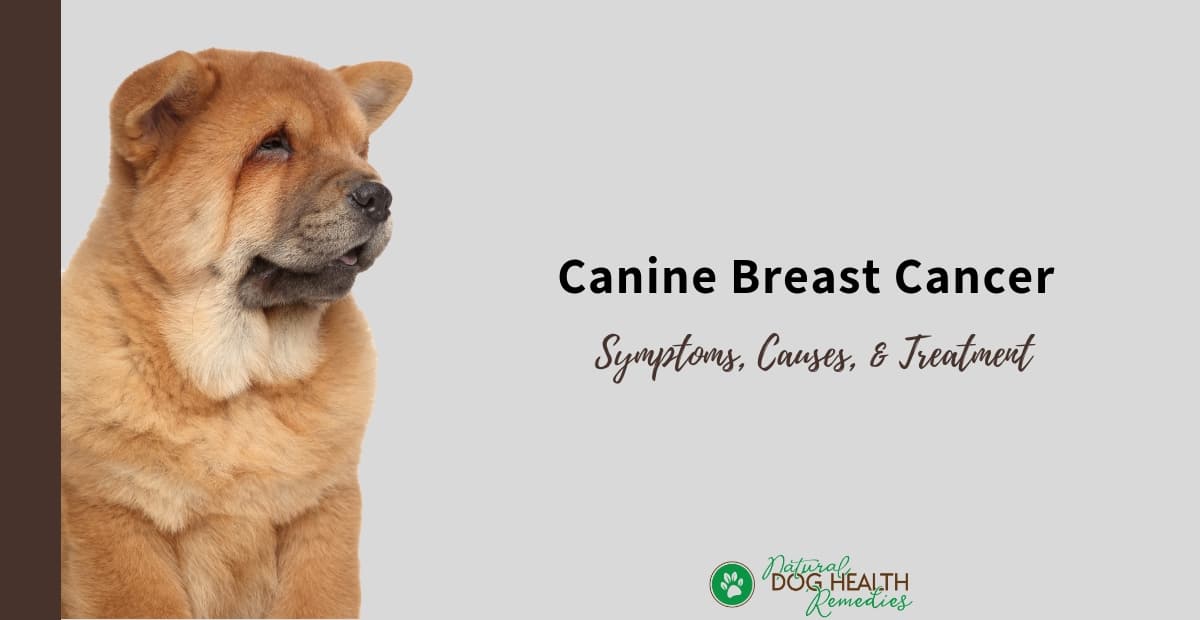 Mammary cancer, or breast cancer in dogs is perhaps one of the few cancers that is preventable. If a puppy is spayed before her first heat cycle (around 6 months of age), her chance of getting breast cancer is significantly lower than that of an unspayed dog.

For intact female dogs, the picture is even more grim.

One out of four intact dogs over 4 years of age will probably develop one or more breast tumors in their lives, and about half of such tumors are malignant. Additionally, about half to 75% of these malignant tumors will kill the dog by recurrence or spreading (metastasizing) to the lungs within one to two years.

Types of Breast Tumors in Dogs

There are different types of breast tumors (mammary tumors) in dogs.

Fortunately, not all of them are cancerous. About half of dog breast tumors are benign.

There are numerous forms of malignant (cancerous) breast tumors, the most common forms include carcinomas, adenocarcinomas, malignant mixed tumors, osteosarcomas, and fibrosarcomas.

What are the Symptoms of Mammary Cancer in Dogs?

Breast tumors are of different sizes. They can be solid, well-defined lumps, or they can be multiple swellings.

They can arise in any of the five mammary glands, but the last two sets of glands (the 4th and 5th glands) tend to be more commonly affected.

Breast tumors that are benign are often smooth, small and slow growing. However, malignant tumors usually grow rapidly and have irregular shapes. They may also be ulcerated and bleeding.

It is believed that sex hormones (estrogen, progesterone) produced by a dog's ovaries cause a harmful sensitization of the breast tissue cells. This hormonal influence eventually causes the genes of the tissue cells to mutate and turn into cancerous cells.

Breed-wise, poodles, terriers and cocker spaniels seem to have greater incidence of breast cancer. German shepherds, doberman pinschers, and Nordic breeds seem to do poorly once having developed breast cancer.

To get a definitive diagnosis (i.e. to confirm whether the breast tumor is cancerous or not), usually the vet will either biopsy a sample of the tumor or remove the whole tumor and analyse the cells for tumor type and malignancy.

X-rays of the chest will be taken to see if metastasis to the lungs has occurred. In addition, since it is easy for breast cancer to spread and affect the surrounding lymph nodes, the lymph nodes will also be examined.

Treatment for Breast Cancer in Dogs 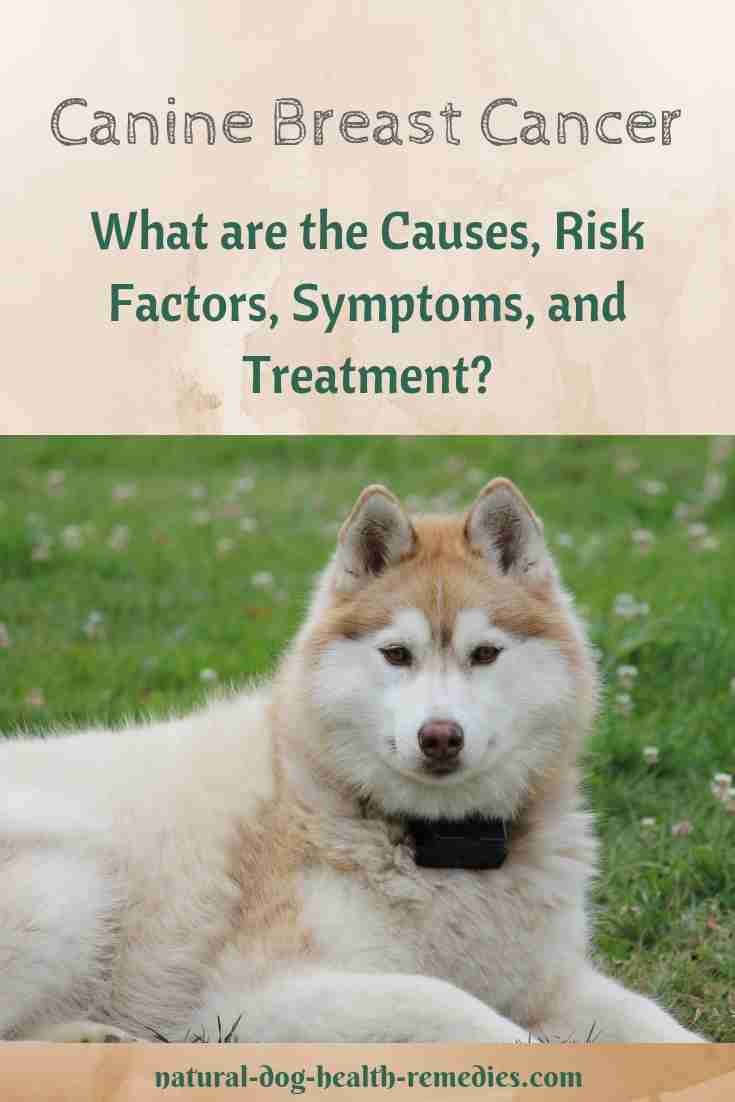 Surgery is the treatment of choice for canine breast cancer, unless the patient is a very senior dog.

Surgery removal can either be a simple lumpectomy (removing only the tumor itself), or a more aggressive surgery that removes not only the tumor but also all the surrounding mammary tissues and lymph nodes connected to the affected gland.

If multiple tumors are found, a radical mastectomy removing all the mammary glands and tissues, the surrounding skin, and the four lymph nodes.

Chemotherapy may be used to reduce the ability of the circulating cancer cells to spread to the lungs and establish colonies there.

How long a dog can survive breast cancer obviously depends on the type of breast tumor, the size, and whether the cancer has spread.

Breast cancer can be cured in cases where the tumors have not spread, and complete removal of the tumors can be achieved. In such cases, the survival rate can range from 6 months to up to two years post-surgery.

Understandably, if the cancer has already spread to the regional lymph nodes, complete recovery is not possible and the prognosis is poor.