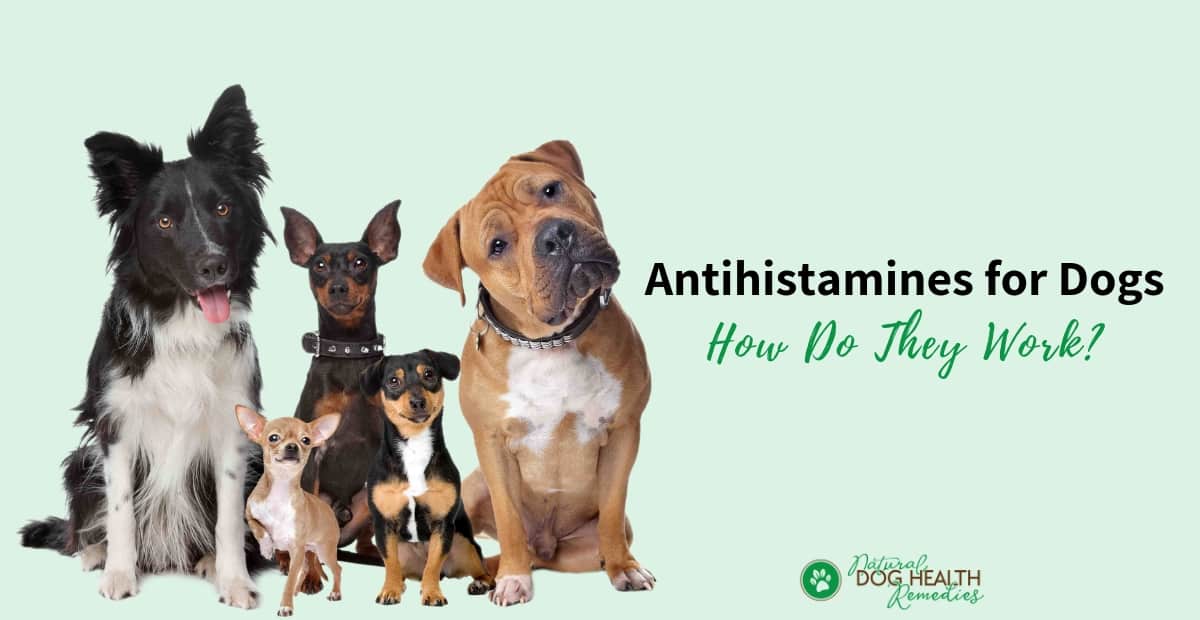 If you are an allergy sufferer, you most likely will have experienced using antihistamines to treat your allergy symptoms.

But how effective are antihistamines for dog allergies?

This page looks at the following:

What is Histamine? How Do Antihistamines Work?

Histamine is a chemical that is released by mast cells in the body of a dog with allergies, in response to an exposure to allergens such as pollens, mold, house dust mites, etc.

The released histamine locks onto histamine receptors (called H1 receptors), which are located on various cells in the dog's body. When that happens, the cells undergo biochemical changes and produce allergy symptoms such as itching, runny eyes and runny nose.

Histamine receptors also release other chemicals that increase inflammation, resulting in inflammation of the skin in the allergic dog.

Antihistamines work by physically preventing (blocking) histamine from connecting with its histamine receptor, thus preventing the biochemical changes which produce the allergy symptoms.

How Effective Are Antihistamines To Control Dog Allergies?

Various studies on the effectiveness of antihistamines on dogs have been conducted with variable results.

Specifically, about 10 to 30 percent of dogs have been found to show improvement after using antihistamines for their allergies.

The problem is, histamine is not the only chemical released by the mast cells. Other chemicals released can also cause allergy symptoms such as itching.

In addition, antihistamines for dogs work best when taken before allergy symptoms are evident - they are not so effective if taken when the allergic dog is already showing signs such as severe itching.

What Are Some Safe Antihistamines for Dogs?

Here are some common antihistamines that are considered safe for dogs, together with their dosages:

Is there a "best" antihistamine for dogs?

The short answer is "No".

The reason is, different dogs react to antihistamines differently. What's "best" for Fido may not work for Rover. If you are lucky, you may get an antihistamine that works for your dog first time round.

On the other hand, there is also a possibility that none of the antihistamines work! Only by trial and error can you determine which antihistamine works best for YOUR dog.

Are There Side Effects of Antihistamines on Dogs? 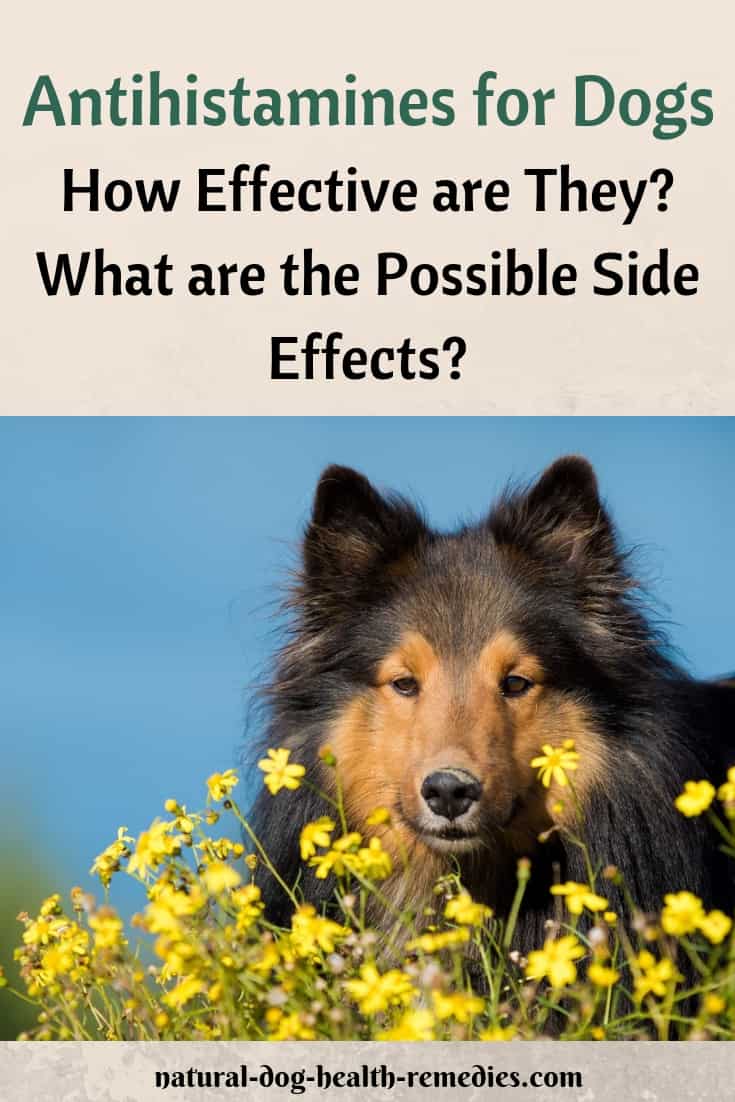 Antihistamines, especially the 2nd generation ones, seem relatively safe to be used to treat dog allergies.

The one major side effect of the 1st generation antihistamines is sedation - your dog may be sleepy when taking this medication. In some cases, sedation wears off in a few days.

As well, dogs with the following conditions should NOT use 1st generation antihistamines:

If your dog is pregnant, ask your vet if it is safe for her to use antihistamines.

Except for Zyrtec®, these drugs are metabolized by the liver. Therefore, dogs with liver disease should use antihistamines with caution.

To strengthen the liver and support liver function, you may want to give a supplement that contains the herb milk thistle to your dog to help detoxify his liver while he is on antihistamines.

Besides antihistamines, there are other treatment options for dogs with allergies, such as corticosteroids, allergy shots, and of course natural remedies.

Visit this page for information on some natural remedies that can relieve allergy itch.

Be sure to also read our page on Natural Antihistamines for Dogs, which introduces some natural remedies and supplements that work as antihistamines.