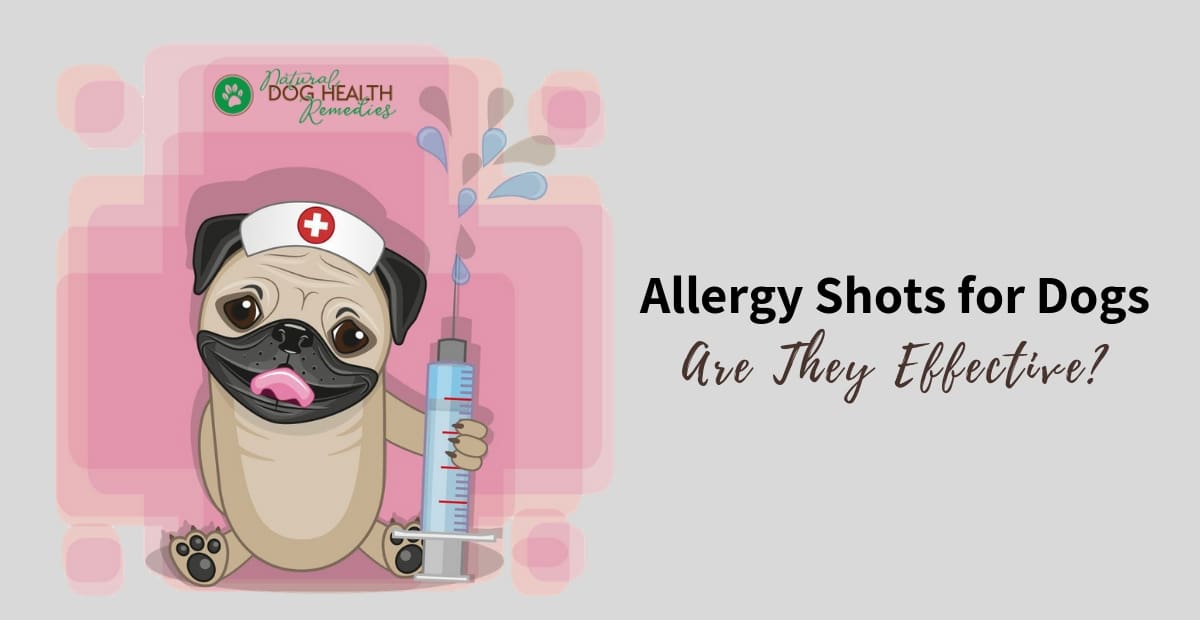 Immunotherapy (aka hyposensitization, commonly called "allergy shots") is a type of conventional dog allergy medication which is sometimes used as a "last resort".

Allergy shots are recommended to dogs who do not respond to any other conventional allergy therapies such as corticosteroids (e.g. Prednisone) or antihistamines (e.g. Benadryl).

Allergy shots involve injecting the dog with antigens weekly. (Antigens are foreign proteins to which a particular dog has shown allergic symptoms). The antigen(s) to be injected is determined after intradermal skin testing.

In order to get accurate and valid results from the intradermal skin testing, the dog patient has to be off all types of allergy medications (i.e. antihistamines and corticosteroids) for a period of time (your vet will let you know exactly how long).

During the skin testing, the dog will be tested for possible allergic reactions to a number of substances (altogether about 60 substances are being tested).

Usually, the dog will have to be sedated for the testing.

How Do Allergy Shots Work?

Although the exact mechanism is not clear, we can find several theories.

According to one theory, immunotherapy can reduce IgE levels.

IgE is a special kind of antibodies that attach to mast cells and allergens (foreign proteins). They cause the mast cells to "explode" and release large amounts of chemicals including histamines, which trigger the common allergic reactions in dogs.

As a result, the dog will show fewer and less severe allergy symptoms when he does actually get into contact with the allergen(s).

Why are Allergy Shots Not Commonly Used in Dogs?

Many veterinarians propose to use allergy shots as a last resort to treat dog allergies. There are several reasons for this.

If your dog has allergies, before considering allergy shots, perhaps it is an good idea to give natural remedies a try. Remedies such as herbs, supplements, etc. can be used to alleviate allergy symptoms in dogs and boost the dog's immune system.

Check out our page on Natural Alergy Relief for Dogs for more information.