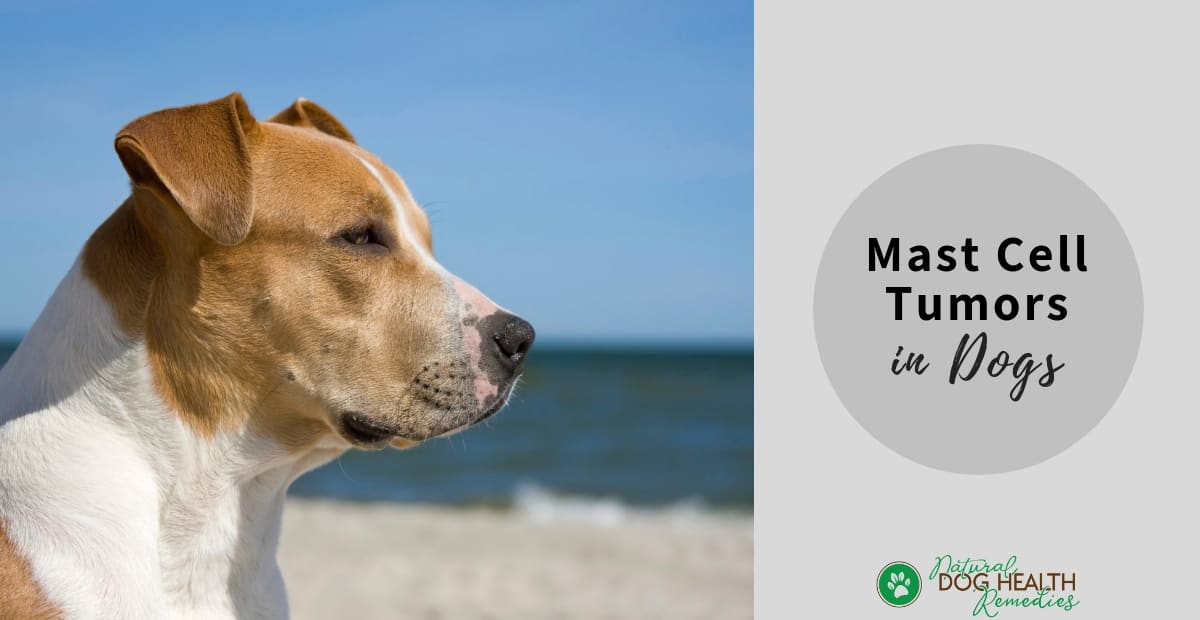 What are Mast Cells?

Mast cells can be found in all body tissues. They are a subtype of white blood cells and are important cells forming part of the immune system. They protect the body from invading organisms such as parasites.

When the body is faced with an infection, the immune system triggers the mast cells to release chemicals, which are toxic to the invading pathogens.

Some chemicals released by mast cells include heparin (which prevents blood clots in vessels). Others are histamine, serotonin, and proteolytic enzymes (enzymes for the breakdown of proteins).

They are also responsible for repairing tissues, and forming new blood vessels.

Mast cells are bound within tissues that interface with the external world such as the skin, respiratory or intestinal tract, and do not circulate through the body.

What are Mast Cell Tumors?

A mast cell tumor is formed by a large number of, well, mast cells.

The cells of mast cell tumors in dogs become very unstable, and they may release disproportionally high levels of chemicals such as histamine and heparin into the body without being triggered by the immune system.

This causes the dog to show allergic symptoms, and wreaking havoc on the dog's body systems and functions, such as the heart rate and blood pressure.

Where Do Mast Cell Tumors Occur?

Most mast cell tumors in dogs occur in the skin, but they can also occur elsewhere in the body.

About half of all mast cell tumors are malignant, and up to 50 percent recur after surgical removal.

Mast cell tumors that appear in the armpit area, mammary tissue, groin, anus or genital areas, in the lips, eyelids, or body openings are likely to be malignant.

As mentioned above, mast cell tumors in dogs are usually found in the skin, but they can also be commonly found on the trunk, limbs, and genital area.

The appearance of mast cell tumors are rather uncharacteristic and can mimic other benign skin lesions such as lipomas (fatty tumors).

Because of their ability to mimic benign skin tumors, these dangerous mast cell tumors often are not diagnosed until later in the disease, resulting in a worse prognosis for the dog patient.

The exact cause is not exactly clear. It is possible that there are a variety of different causes for the development of this tumor, such as hereditary and environmental factors.

There is no known sex predisposition to developing mast cell tumors in dogs.

While mast cell tumors can develop in all ages, most of them develop in older dogs (those around 8-9 years old).

It seems that brachiocephalic breeds (those having a short, pushed-in snort), such as Boxers, Bulldogs, and Pugs, are at greater risk than other breeds.

Diagnosis is made with a needle aspirate, a process in which the veterinarian uses a needle to collect some tumor cells to be examined under the microscope.

When a dog is diagnosed with mast cell tumors, the vet will do a tissue biopsy in order to grade and stage the tumor. These procedures help determine the prognosis, as well as the type of treatment to be given to the dog patient.

Mast cell tumors are categorized into three grades (Grade I, II, III), depending on how malignant they are.

Using the stage and the grade, the vet will decide on a most appropriate treatment plan. 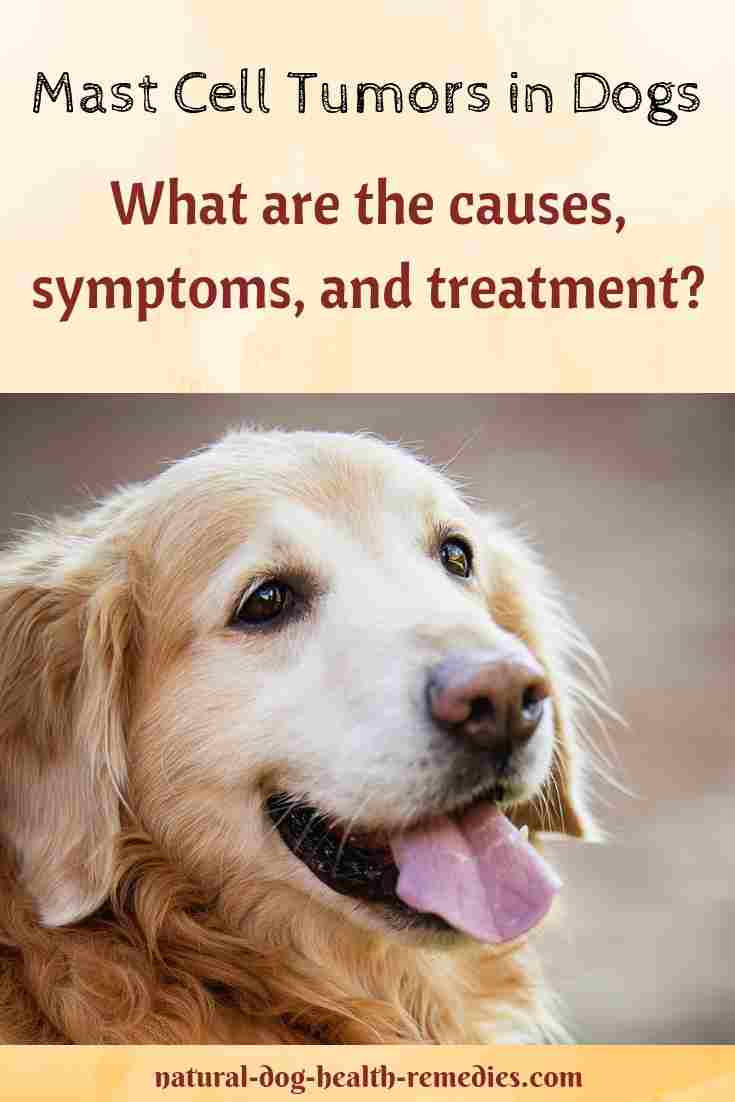 Depending on the grade and stage of a mast cell tumor, common treatment includes surgery, radiation, and chemotherapy.

For small mast cell tumors in dogs, surgery is effective if the disease is diagnosed early and the tumor is a Grade I mast cell tumor. If performed correctly and the margins are clean, a cure is usually expected.

If cancer cells are still being found in the surgical margins, a second surgery, or radiation therapy, or both will be necessary to kill off the remaining cancer cells.

Usually, before surgery, the dog patient will be prescribed antihistamines and antacids to counteract the histamines produced by the mast cells and alleviate some of the symptoms.

Radiation is recommended for a dog patient with a tumor in a location that does not allow aggressive surgical removal. Mast cell tumors located on an extremity seem to respond better to radiation than do tumors located on the trunk.

Sometimes post-surgical radiation is required to lower the risk of reoccurrence so that the dog patient can enjoy a better quality of life for a longer period of time.

In addition to surgery for malignant canine mast cell tumors, or if the tumors have metastasized, local injections of drugs (such as vinblastine, prednisolone, chlorambucil) can be used.

In 2009, FDA in America (Food and Drug Administration) approved a new drug called Palladia, which is the first drug developed specifically for the treatment of mast cell tumors in dogs.

This drug works by cutting off the blood supply to the tumor so that the tumor cells eventually die off. Pfizer, the company that developed the drug, has reported that this drug can prolong a dog patient's life and improve the dog's quality of life.

Palladia is, however, not without side effects. Possible side effects include diarrhea, appetite and weight loss, lameness, and blood in the dog's stool.

Research is currently being done on new drugs and treatment options that may help dogs with mast cell tumors in the near future. Some such potential new options include:

With surgery, Grade I and II tumors usually can be completely removed and the prognosis is very good to excellent.

If a Grade I or Grade II tumor cannot be completely removed, post-surgical radiation can be given. The prognosis is also excellent. About 90 to 95 percent of dog patients receiving surgery and radiation treatment have no tumor recurrence within three years after treatment.

However, the prognosis for dogs with Grade III tumors is not so good. In most such cases, local invasion or metastasis to other organs have already occurred, making treatment difficult.